Renault F1 to lay off up to 50 employees. 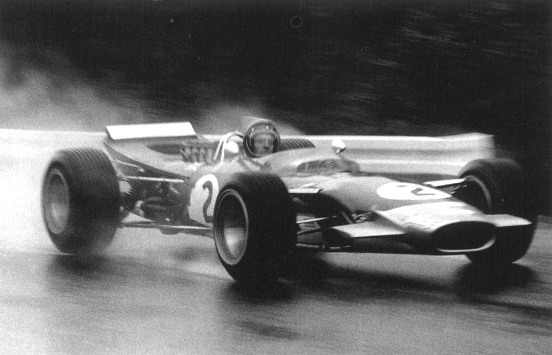 Honda F1 is now Brackley F1 for the moment.

People like Jackie Oliver make motor racing such a fascinating sport. He was born in Essex, England, on August 14th 1942. His racing career started in 1961 at the wheel of a Mini.

After driving for Lotus in Formula 1, he replaced Jim Clark as teammate to Graham Hill in 1968 after the Hockenheim tragedy. Oliver qualified on the front row of his home Grand Prix at Silverstone and was leading when the car broke down.

In 1971, he won the Daytona 24 hours in a Porsche shared with Pedro Rodriguez.

In 1974 Jackie Oliver won the Can Am championship driving for Don Nichols Shadow team. He would drive in Formula 1 for the same team and later became involved in management.

At the end of 1977, Oliver left Shadow and started his won Formula 1 team called Arrows. Some of his drivers included Riccardo Patrese, Gerhard Berger and Eddie Cheever. Team also had sponsors as varied as USF&G, Ragno Ceramiche and Warsteiner.

This conversation took place last month at his business, Arrows Self Storage Limited, in Bletchley, Milton Keynes, UK. My sincere thanks to Mister Oliver for his time and to Mister Brazier for making this possible.

Sitting Pretty: Birthday boy Adrien Tambay – who turns 18 on February 25th – was born with racing in his blood. His father, Patrick, won Grand Prix races for Ferrari and was Can-Am Champion twice. In 2007, Adrien was Rookie of the Year in Formula BMW Germany and last year finished third in Formula BMW Europe with two wins. He also triumphed in the Formula BMW Americas event at Road America.

Adrien now resides in Switzerland and this year will compete in F3 Euro series with ART Racing. Interview below was conducted by Nasir Hameed.

Q1: What are your goals for your first season in F3 Euro series this year?

A: We all know F3 Euroseries is one of the most, if not the most competitive series outside F1 so it is very difficult to win in the first year of it…But like every driver I will go there and aim to win races. The rookie classification is also something which could be a goal for me, but I will start the season taking it race by race and trying to learn as much as possible! One thing is for sure: I want to have results which are on the same level as the Team’s excellence…

Q2: Why ART and what other teams did you test with before making a decision?

A: I tested with Mucke, and Signature before testing with ART…
ART was clearly the one that I have always wanted to race for, not only for the results they have already achieved but also for the atmosphere I could feel in the team, they work really hard to keep at the top and I will do so as well!

Q3: You raced against Esteban Gutierrez last year, he and Bottas are not only your fellow rookies but also teammates, plus there is Jules Bianchi in the team for the second year, who will be your main challenger in the series and for Rookie of the Year title?

A: To know that we will have to wait until the first qualifying in Hockenheim, all rookies are going to improve up to that point and making a prognostic now would be useless, I will concentrate on myself anyway and will try to work with my team mates as a team out off track to go ahead in my learning process as quickly as possible!

Q4: Physically and mentally what are the differences in preparing for F3 as compared to Formula BMW?

A: F3 is quite a different, much more grip, much faster, it’s also a lot more fun! It means also that it is more tough to drive than the BMW on the physical point of view, but I guess I am now in good shape for it, and I am still trying to improve my fitness as the time goes on…

Q5: In Formula BMW Europe last year you began the season by winning both races in the opening round in Barcelona, how frustrating was it that you did not score another win?

A: I actually scored another win later in the season in F.BMW Americas, but this was with another car which suited me quite well. I had been quite strong all over the championship in Europe but in the end it is up to luck not to have score any more win, for example in Monza, I have the feeling we could have ended the season as we started it as we were very fast, but luck was not on my side…Luck is part of racing and you have also to cope with bad luck, I am sure it will turn around again!

Q6: What were high and low points from last year?

A: I think all season was a high point, as we also gain from the mistakes we do…

Q7: How are you managing your education with racing career?

A: I have passed my Baccalaureat (last exam) last year and am now totally focused on training and racing!

Q8: Who is managing and guiding your career?

A: I am under Gravity’s management.

Q9: Your dad was very successful on this side of the pond, do you have any desire to race in IRL, especially the Indy 500, or are you totally focused in reaching Formula 1 at this stage of your career?

A: For sure I am totally focused on reaching F1 as this is for me a dream and the best series in motorsport. But I also like IRL, and even the Nascar, they are very challenging too.

Q10: Having a Grand Prix winning driver as a dad, is that a plus or adds more pressure to perform?

A: It’s a plus, but in my mind he will always be a father before being a very successfull F1 driver.

Q11: What is your favorite track in Europe, and your impression of Road America where you have raced in Formula BMW?

A: In Europe, it is probably MONZA, mostly for the atmosphere, it is amazing. I also like Spa of course and Barcelona and Hockenheim are two great tracks as well. Road America is a very very good track, I enjoyed it a lot in F.BMW so I can imagine what it can be in a more powerful car, it is certainly one of my favourite tracks as I won there.

Q12: What would you like fans of Adrien Tambay to know about you in terms of your taste in music, food and how you spend your time away from racing related activities?

A: I love all kind of music and my favourite food are the sushis as they are very healthy but also very tasty…Out of racing I love doing all kind of sports, including squash, tennis, cycling and ski skating…

The 2009 F3 Euro series will start on the weekend of May 17th. at Hockenheimring.

Neel Jani takes the victory in the A1GP feature race in South Africa.

Investors Wanted: Sun may soon be setting on Honda F1 Racing, bringing to an end an era which can be traced back to an English lumber merchant by the name of Ken Tyrrell. “Uncle” Ken entered Formula 1 as a constructor in the 1970 Canadian Grand Prix. Jackie Stewart put the car on pole and won the world championship in their first full season of racing in 1971. He repeated the feat in 1973. At the end of the 1997 season, Tyrrell sold his team to British American Racing, key players were Jacques Villeneuve and his then Manager Craig Pollock but the key element was the ash-load of funds provided by British American Tobacco.

The new operation promised much, including the famous Adrian Reynard motto “we win our very first race in every category we enter”, but delivered much in internal politics and little in results. At the end of 2005 Honda took over the team. The glory days of Formula 1 domination which they experienced as an engine supplier to McLaren never materialized. Jenson Button’s victory in the 2006 Hungarian Grand Prix was their only success.

With less than forty days and forty nights before the season opener in Melbourne, days are numbered and the operation is now in Virgin territory. High flying Sir Richard Branson is good friends with Adrian Reynard and now has the open support of Bernie Ecclestone. If a deal is not struck next week, the operation will get the axe from Honda bosses and Ross Brawn will head for the high seas again.

Honda F1 running out of time if It’s to secure Mercedes Benz engines.

Toyota testing the TF109 at Sakhir end with hydraulic problems.

A1GP drivers competing at Kyalami placed a white rose on the Hector Peterson Memorial in Soweto.

"Any time you’re in the same sentence as Formula One, it’s a flattering thing."

Danica Sue Patrick: (born March 25, 1982 in Beloit, Wisconsin), and married to Paul Edward Hospenthal, is an American auto racing driver, currently competing in the IndyCar Series. She was raised in Roscoe, Illinois. Patrick was named the Rookie of the Year for both the 2005 Indianapolis 500 and the 2005 IndyCar Series season. In May 2006, she published her autobiography, Danica: Crossing the Line. With her win in the 2008 Indy Japan 300, Patrick became the first woman to win an Indy car race. She also has an equity stake in her #7 team.

Danica Patrick began go-karting in 1992 at the age of 10, and went on to win several World Karting Association championships. She moved to England at the age of 16 in order to advance her racing career. Patrick raced in Formula Ford and Formula Vauxhall, earning a second-place finish in Britain’s Formula Ford Festival, the highest finish by a woman in the event.

In 2002, Patrick started driving for Bobby Rahal in the United States. After making several starts in the Barber Dodge Pro Series, she moved to the Toyota Atlantic Championship for 2003. Driving for Rahal Letterman Racing, Patrick won one pole and was a consistent podium finisher (top three); however, she never won a race. In 2004, Patrick finished third in the Championship.