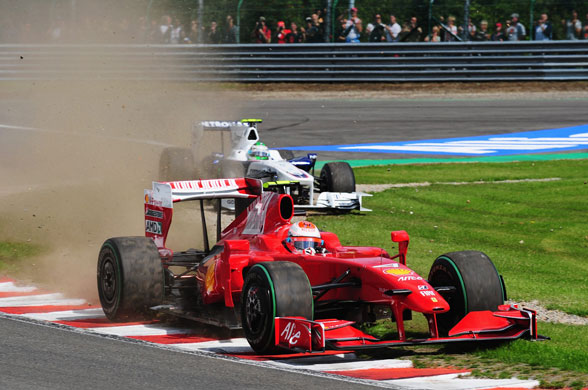 The Espoo Enigma. Many thought the 2007 World Champion was finished but Kimi kept his (ice cream) cool and gave the Italian team their first win of the season and his own first since the Spanish Grand Prix of last year. 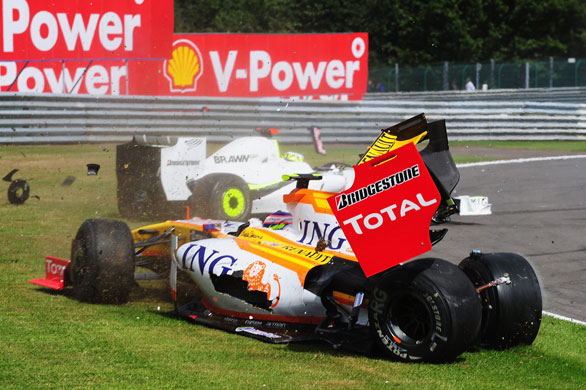 Total wreck. Championship leader Jenson Button was shell shocked to be taken out on the opening lap after a coming together with Romain Grosjean. The Geneva-based banker was starting his second Grand Prix after replacing disgruntled driver Nelson Piquet Jr. 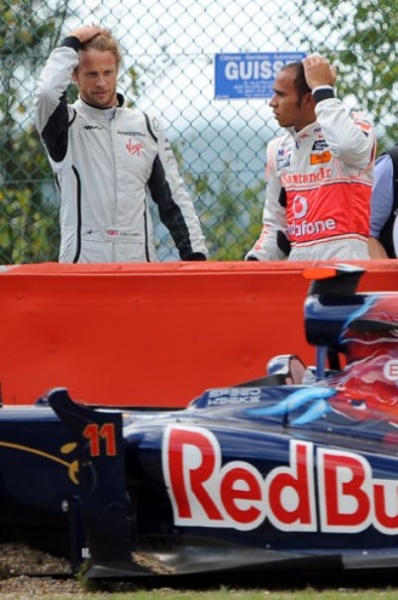 Time for Tylenol. Britain has produced more world champions than any other nation. The latest, Lewis Hamilton, scored his first win of the season in Budapest and is hungry for more. Jenson pushed all the right buttons in the first seven races but now sees red mist as teammate Barrichello and Red Bull drivers, Vettel and Webber, lead the stampede and challenge him for the championship. 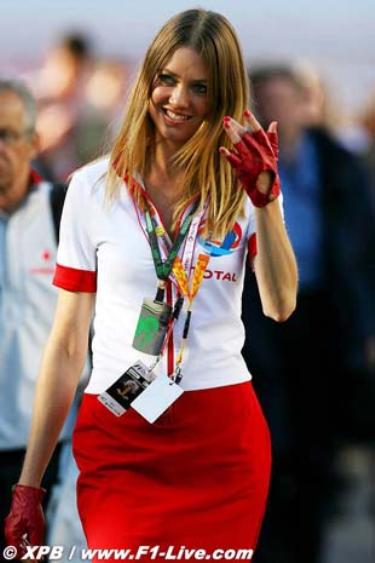