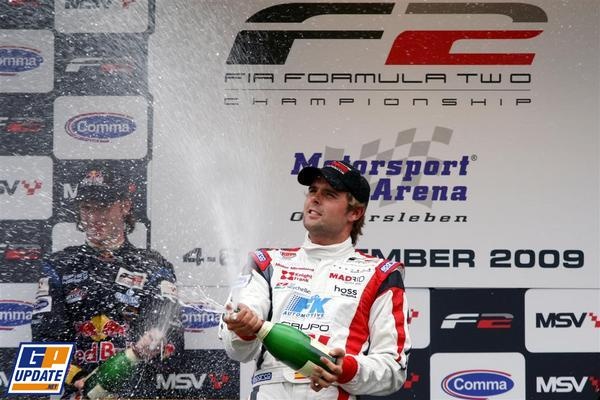 Spraying Success. Andy Soucek is on his way to winning the Formula 2 championship. On Saturday at Brands Hatch he scored his fourth win of the season from pole position. The 24-year old Spaniard previously raced in GP2. Sunday’s second race was won by Russian Mikhail Aleshin, his first of the series, Soucek was second and Julien Jousse of France third.

Soucek leads the championship with 79 points. Aleshin is second on 47 points, two ahead of Canadian Robert Wickens. 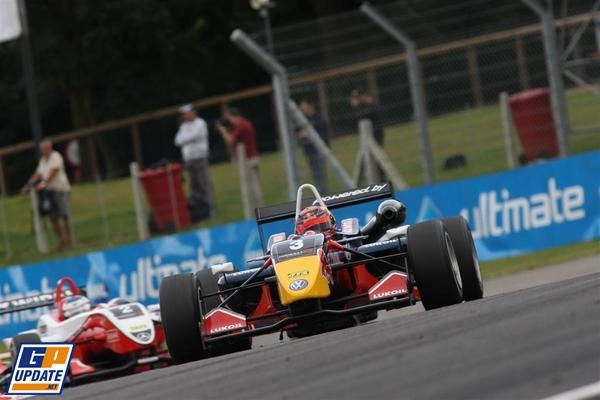 Flying Finns. Red Bull driver Mika Maki charges ahead of fellow Finn and pole-sitter Valtteri Bottas to score his first victor of the season. French driver Jules Bianchi still leads the 2009 F3 Euro series and is expected to graduate to GP2 next season. It was a good weekend for Red Bull driver as Brendon Hartley of New Zealand scored his first win of the season by taking Sunday’s race two ahead of British drivers Alexander Sims and Sam Bird.

French driver and championship leader Jules Bianchi failed to finish Sunday’s event but retains his lead, 74 to 58, over German Christian Vietoris. Bottas is third with 45 points.

Scheider leads the championship with 43 points; Swede Matias Ekstrom is second on 38 points and Briton Gary Paffett third with 34 points.

Hirvonen Rolls Over Loeb. Sebastien Loeb won the Rally Australia but ended up in second place after being penalized a minute for a technical infringement. His Citroen was judged to have an irregularity in its anti-roll bars. Arch rival and championship leader Mikko Hirvonen inherits the win and increases his lead to five points over Loeb. 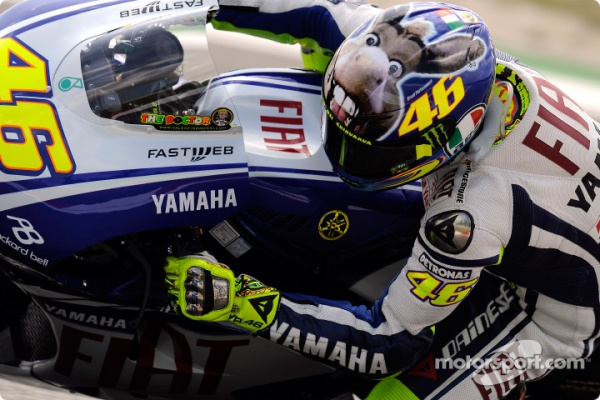 Happy Donkey. “The Doctor” loaded up on Dani Pedrosa and Jorge Lorenzo, and grabbed his sixth pole position of the year on the final qualifying lap at Misano for the San Marino Grand Prix. On Sunday, Valentino Rossi increased his lead over Lorenzo as the two Yamaha riders finished first and second. Dani Pedrosa was third for Honda.

Both Americans in the race Colin Edwards and Nicky Hayden were out on the opening lap, thanks to local San Marino rider Alex de Angelis. 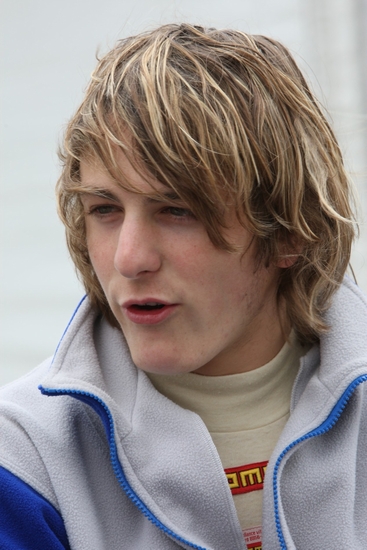 Fabio Fantastico. Swiss driver Fabio Leimer clinched the 2009 International Formula Master Championship with his sixth victory of the season in race one of the weekend. “I’m pretty happy”, he exclaimed as he now looks forward to GP2 next year. Josef Kral of Czech Republic took victory in race two. Vladimir Arabadzhiev of Bulgaria was second and Pal Varhaug of Norway third.

Push the Button. After a dream start to the season, winning six of the first seven Grands Prix, Jenson is being dressed down by the competition. Championship contenders include teammate, Rubens Barrichello, and two chargers from Red Bull. Sebastian Vettel is third in points behind the Brawn drivers. Australian Mark Webber is also within striking distance. Italian Grand Prix next weekend will see some hot laps from KERS-equipped cars.

Historic High. German wunderkind raced to new heights last year in the Italian Grand Pix at Monza. In qualifying he became the youngest pole winner and took a dominant win in the rain to become Formula 1’s youngest Grand Prix winner. If he can beat the Brawn boys to the title he will become youngest world champion.