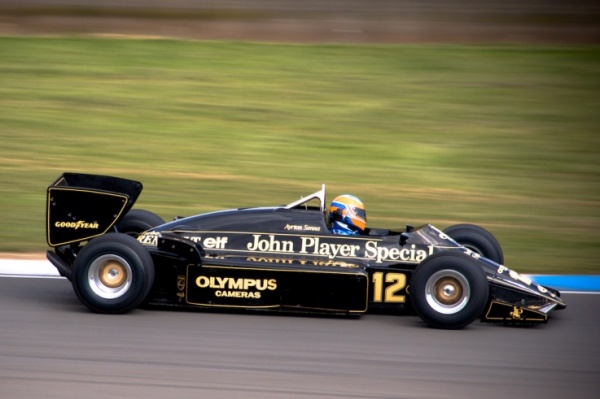 Lotus returns to Formula One in 2010.

Pat Symonds been offered immunity from punishment by the FIA. 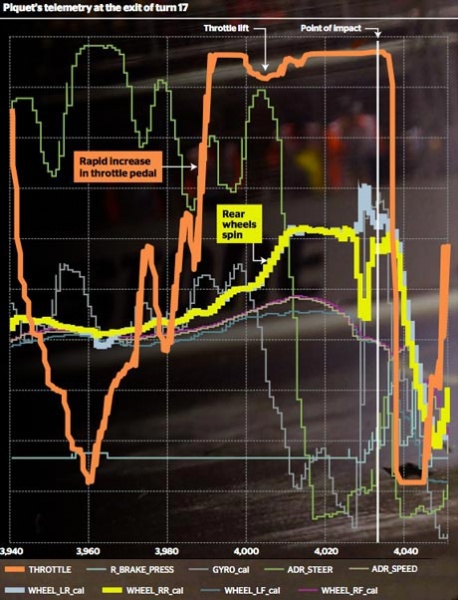 The diagram above is being used by the FIA’s technical department to help in the investigation into what Nelson Piquet Jr was doing in the moments before he collided with a wall on lap 14 of last year’s Singapore grand prix.
Piquet’s telemetry at the exit to turn 17 reveals that he applied throttle earlier than expected which caused his rear wheels to spin. He then eased off the accelerator before reapplying pressure to cause the car to lurch into a spin and hit the wall.
Piquet’s earlier laps in the grand prix did not feature such early acceleration on the same turn.
Courtesy: www.guardian.co.uk

The following exchange occurred between the stewards investigating the crash and Symonds:

Investigator: "What do you recall being said to Nelson Piquet Jr at that meeting? This is shortly before the race?"

Investigator: "Nelson Piquet Jr says he was asked by you to cause a deliberate crash. Is that true?"

Symonds: "Nelson spoke to me the day before and suggested that. That’s all I’d really like to say."

Investigator: "Mr Symonds, are you aware that there was going to be a crash on lap 14?"

Symonds: "I don’t want to answer that question."

Investigator: "Mr Piquet Jr says, having had the initial meeting with you and Flavio Briatore, you then met with him individually with the map of the circuit. Do you remember that?

Symonds: "I won’t answer. Rather not answer that. I don’t recall it, but it sounds like Nelson’s talked a lot more about it."

Investigator: "Mr Piquet Jr also says that at that meeting, you pointed out a specific place on the circuit where he was to have the accident and said it was because it was the furthest away from any of the safety or lifting equipment, and gave the most likely chance of a safety car being deployed."

According to Autosport, the meeting then continued with the following exchange:

Investigator: "Was it you that did the talking at that meeting Mr. Symonds?"

Symonds: "I’m sure it would have been both of us but I don’t know for sure. Sorry that’s a contradiction. I would imagine it would be both of us that would be normal. Actually probably more often it’s Flavio that does the talking himself. I wouldn’t necessarily always agree with what he’s saying but the majority."

Investigator: "Because just to be absolutely clear here what Nelson Piquet Jnr has said is that at that meeting it was you that asked him to have a crash deliberately?"

Symonds: "I can’t answer you."

Investigator: "Can I say that if Mr. Symonds you’d been put in the position where you were made to ask Mr. Piquet Jnr to crash it’s much better, it would be much better for you in the long term to tell these stewards to hear that today?"

Symonds: "I fully understand that."

Symonds: "I have no intention of lying to you. I have not lied to you but I have reserved my position just a little."

Investigator: "And you’re aware that the stewards may draw conclusions from your unwillingness to assist them in relation to what went on in that meeting?"

Symonds: "I would expect them to. I would absolutely expect that."

Renault have strenuously denied the allegations made.