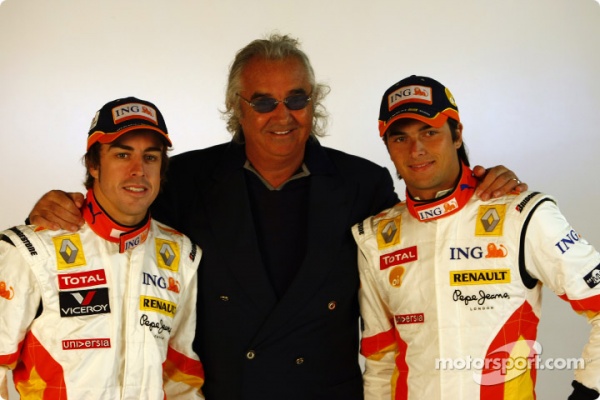 Rat Race. The greed and intrigue of Formula 1 is reaching new heights as the 2009 Grand Prix circus maximus moves away from its traditional European base to the remaining four fly-away races that will close the season.

Next stop? Singapore. The island nation hosted history’s first night race last year, but the dark ugly side of Formula 1 is only now emerging, thanks to a disgruntled dad whose son and namesake was sacked by British-based French team, ING Renault.

Innocent till proven guilty, despite leaks to the media, stands the Renault team. Tarnished forever is the reputation of the driver, Nelson Piquet Junior, thanks to comments on his professional and personal life by Flavio Briatore, the flamboyant Italian team principal at ING Renault.

Piquet senior drove for Briatore at Benetton in the last days of his glorious, three championships winning career. Briatore himself was a marketing guru for the Italian clothing retailer based in the hustle and bustle capital of the world, New York City. He is now in danger of his powers in Formula 1 being cut to pieces.

In the trial room stand Pat Symonds, ING Renault’s Cranfield University graduate and director of Engineering, and his boss, Briatore.

Symonds is one of the most respected Engineers in the Formula 1 paddock and worked with the likes of Ayrton Senna at Toleman, which became Benetton where he guided Michael Schumacher to his first two back-to-back championships.

Piquet Junior is off the hook after being given immunity by the FIA in return for his sworn statement to FIA few days after the Hungarian Grand Prix, where his illustrious father first approached Max Mosley with claims of race-fixing in the Far East.

The FIA has offered immunity to Symonds also, and if he catches the bait Briatore will be going to Paris solo to meet the World Motor Sport Council. The Piranha Pool is sharpening its teeth with evidence from race day telemetry, radio communications and others who have come forward with the knowledge of pre-race crash that some knew when and where it was coming.

Patrick Head, long time partner and technical man at Williams, is reported to have said that he was told in Singapore last September by a journalist that Piquet Junior had confided in him that he crashed deliberately.

Crime itself has been confirmed by both sides who are pointing fingers at each other. FIA’s WMSC will decide if the driver did come up with the idea and acted all on his own, which seems bizarre in these days when teammates hardly talk to each other.

Or could it be that in the next few days before the crucial Monday meeting Symonds will drop a bombshell on Briatore? If Symonds does not accept immunity offer from FIA he is taking the serious risk of engineering his own exit from Formula 1, possibly forever.

There are suggestions that like the Spy-gate scandal at McLaren, Mosley will use Crash-gate to settle personal agenda and go to the max in banishing Briatore from the face of Formula 1 world.

The boys from Enstone have sure given him the opportunity to dethrone another high profile team principal as the ex-lawyer ends his case and tenure at FIA and Marches on.