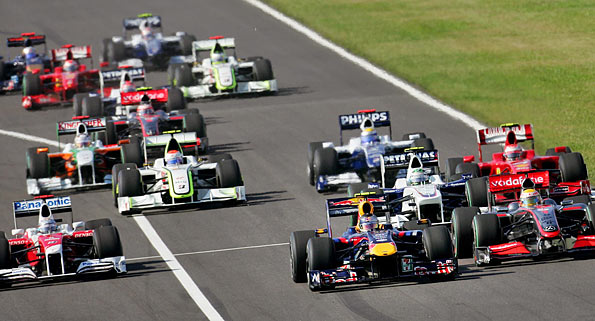 Sebastian steams ahead at Suzuka. Red Bull driver Sebastian Vettel dominated Sunday’s Japanese Grand Prix, winning from pole position and scoring his third win of the season, fourth overall. The young German from Heppenheim was in a class of his own. He keeps his championship hopes alive with only two races remaining, Brazil and the inaugural Abu Dhabi Grand Prix in November.

Jarno Trulli driving a Toyota delighted the home crowd by taking second place from Lewis Hamilton after the second round of pit stops. The Italian has already been told by Cologne-based Toyota team that his services are no longer required for 2010.

Lewis Hamilton described Suzuka as “the best track I’ve ever driven” and finished third for McLaren in his 50th Grand Prix start. 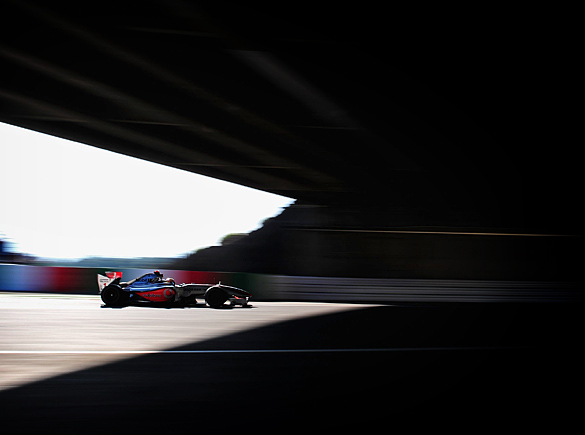 Brawn Boys. While Jenson Button is still the championship favorite things are heating up behind him. At Suzuka he lost only one point to teammate Rubens Barrichello, the Brazilian finished seventh. But Vettel’s victory has put him only two points behind Barrichello.

The top five in championship standings after Japan are: Button 85 points,  Barrichello 71, Vettel 69, Webber 51.5 and Raikkonen 45.

Round 17 of 18 takes place in Sao Paulo on October 18, the Brazilian Grand Prix.