Formula 1 would suffer huge damage if the British Grand Prix is lost.

Motorsports Mondial to return in podcast number 387 with Nasir’s return from Europe. 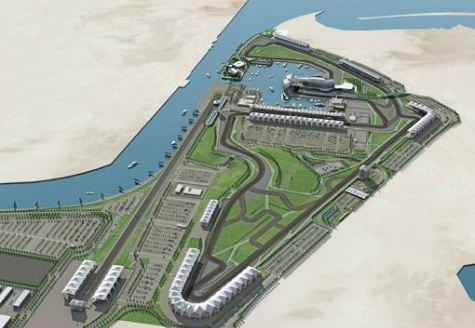 Abu Dhabi: Work at the Yas Marina Circuit has gathered pace since the Federation Internationale de L’Automobile (FIA) confirmed last month that the Etihad Airways Abu Dhabi Grand Prix on November 15, 2009 would be the season-ending finale to the Formula One calendar.

Philippe Gurdjian, Abu Dhabi Motorsport Management (ADMM) CEO, said: “I am very happy that the Formula 1 Etihad Airways Abu Dhabi Grand Prix is the last race of the 2009 season. We continue to work day and night to create something which will be unique both for Formula One and for Abu Dhabi.”

Work began on the Yas Marina Circuit in February 2007 after the Grand Prix franchise was awarded to Abu Dhabi for a renewable seven year term until 2016.

With the present work force of 4,000 set to grow to a peak of 5,500 by the end of this year, the ADMM are confident the circuit will be finished in time for them to fully test the facilities prior to the Grand Prix.