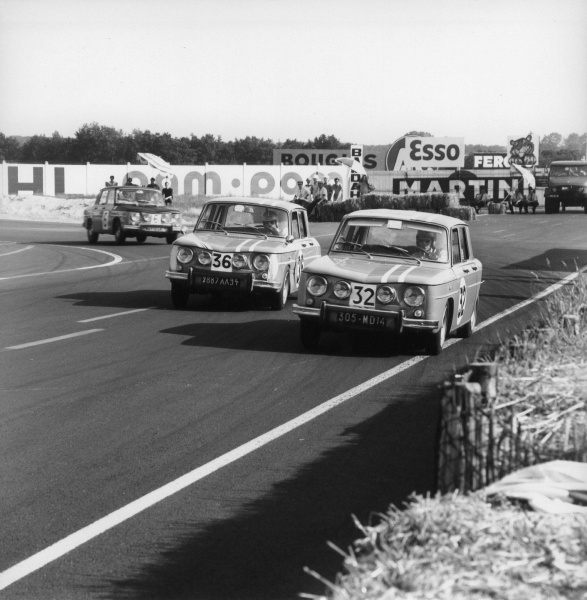 Renault to bring back the Gordini.

The little blue bombshells with two white stripes are back!

motorists who were thirsty for sporty sensations at the wheel of a fun car. The French blue, white

In a few months, new Gordini-labeled versions will supplement the Renault Sport range and

The fashionable and sporty Gordini label still possesses its exclusive and sporting values. The

Gordini versions, derived from sports models that are already renowned for their outstanding

performance, will appeal to lovers of thrills at the wheel and a distinctive design.

Paris as part of the “Christmas in Blue” exhibition. It will be launched next spring. Clio Gordini RS

will be launched a few months later.

some of the brand’s greatest sporting achievements.

Born in 1899, just about one year after the launch of the very first Renault vehicle, Amédée Gordini

demonstrated his mechanical skills from a very young age. After working as a mechanic on singleseaters,

version heralded the birth of the Gordini Cup. The R8 Gordini delighted lovers of fun driving for a whole

It even featured in French films alongside famous stars, including Romy Schneider, Alain Delon and Lino

Ventura, and this small sports sedan was a big hit with the younger generation of drivers. The trend had

been set. Gordini became a symbol of success for a whole generation and came to embody a state of

mind. The spirit of a triumphant France that shared its successes with everyone.

transform the Gordini legend into a reality. Renault’s sports branch has prolonged the Gordini heritage

through its renowned expertise in motor sport and the development of its sports models.

RST is the world’s leading organizer of motor sport events. Since 2005, almost 3 million fans have

for motor sport enthusiasts. RST is now a leading player in the motor sports sector.

Both in competition and series production, Renault’s sports models, such as the Megane RS, Clio RS and

Twingo RS, developed by RST, are acknowledged as figuring amongst the best-performing vehicles in