An exclusive conversation with Jules Bianchi on podcast # 394

With racing in his blood and impressive championship winning credentials, this third generation racer is poised to become the first French World Champion since the 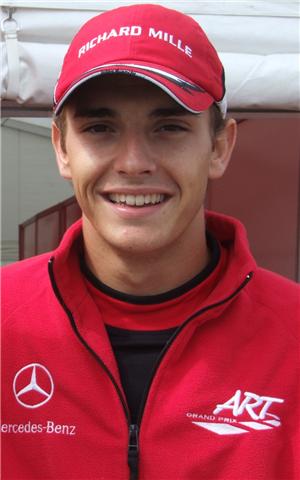 Bianchi. The winning name in the 1968 Le Mans 24-Hours race, as in Lucien Bianchi.

The name is also recorded as the winner two years earlier in the prestigious Macau Grand Prix, as in Mauro Bianchi.

Today, the winning and family tradition continues, as in Jules Bianchi. The 20-year old, grandson of Mauro, is on a fast track to Formula 1. In early December his first taste of Formula 1 machinery will be at the wheel of a Ferrari. Quite an introduction to the bright future that lays ahead for this young man from Brignoles in southern France.

The young Bianchi had his beginnings in the real racing world of karting. And success was quick. In 2004, at the age of 15, he won the French Championship for Juniors and was second in the European Championship in the same category. In the prestigious Andrea Margutti Trophy he repeated his performance from previous year and finished on the podium in third place.

In 2005, Bianchi beat some of the karting greats like Sauro Cesetti, David Fore and Marco Ardigo to win the Asia-Pacific Championship Formula A. Also included in this group were current F3/WSR racers Jon Lancaster, Riki Christodoulou and Daisuke Nakajima.

Bianchi bid farewell to the world of karting after the 2006 season, during which he won the WSK International Series and was runner-up in World Cup Formula A. 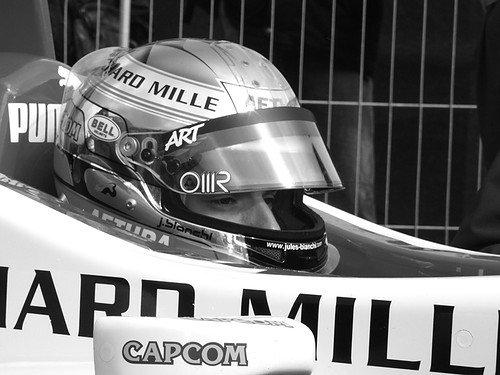 The following season he made his debut in single seater racing and made a splash in his rookie season by winning the 2007 French Formula Renault Championship. Five victories and 11 podium finishes from 13 races gave the signal for shape of things and wins to come.

Next move up the ladder was F3 Euro Series, now regarded as the premiere F3 series in the world, with the highly successful ART Grand Prix team. Bianchi finished third in his rookie year with two victories, behind championship winning teammate Nico Hülkenberg and Edoardo Mortara, who was equal on points with Bianchi.

Catch of the season was his victory in the famous Masters of Formula 3, the European version of Macau Grand Prix. Bianchi not only led his teammate Hülkenberg to the chequered flag at Zolder but also beat out other high profile drivers like Jaime Alguersuari, Brendon Hartley and Mika Maki.

This season saw a dominating performance by Jules Bianchi in the F3 Euro Series. Championship captured with 9 wins, 6 poles and 12 podium finishes out of 20 races.

Stage is now set for the final frontier before Formula 1, GP2 Championship in 2010.

Bianchi will continue with ART Grand Prix team. And so will the winning tradition.

Please enjoy our conversation with this racing star of the future which was conducted at Hockenheimring in October. Our thanks to Jules Bianchi for his time and Olivier Maernhout for making it possible.