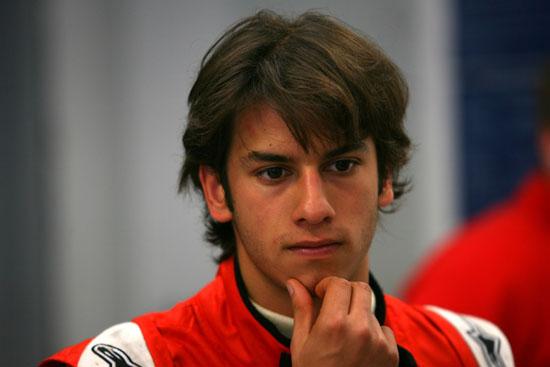 The new Felipe Baby! The friendly folks who brought Kimi Raikkonen to the pinnacle of motor racing, with only 23 races under his belt, the father and son duo of David and Steve Robertson have now announced their new signing.

From the Arctic Ice Man to the Amazing Amazon Man.

Steve Robertson quoted on Autosport.com, “I see a lot of the same qualities that I first saw in Kimi. He’s super quick, he’s got unbelievable car control, and he doesn’t make mistakes. He has that special talent that doesn’t come along that often.

Meet the next mega-motorsport star from Brazil.

Luíz Felipe de Oliveira Nasr was born in Brasilia on August 21, 1992. He made his single-seater debut in 2008, at Interlagos in the Formula BMW Americas event supporting the Brazilian Grand Prix. While Massa and Hamilton would stage their epic battle for the F1 championship on the same Sunday, Nasr quietly and quickly made his mark by finishing his race on the podium, in what was only his second motor race.

In 2009, like many of his fellow Brazilians before, Nasr packed his bags and took the long haul flight to Europe seeking success. Destination; Formula BMW Europe.

The second edition of the united series, formed from the merger of Formula BMW Germany and its sister series in the UK, kicked off in May at Circuit de Cataluña. Nasr would mount his challenge with Euro International, run by one-time Indy Car entrant Antonio Ferrari.

The young Brazilian began his reign in Spain in style. Pole position, fastest lap and second in the opening race of the weekend, only 0.668s behind race winner and second-year driver Michael Christensen.

In the second race Nasr would again start from pole position and this time was able to keep the talented Danish driver behind him.

The series then traveled to the Dutch seaside track at Zandvoort. The Dutch round supported the prestigious Masters of Formula 3 race. Nasr again made waves by winning the opening race, this time from second row with fastest lap over rising local talent and fellow rookie Robin Frijns.

In the second race, again from second row, he was only 0.068s behind race winner English rookie Jack Harvey and recorded the fastest lap.

Round three took place at the birth place of Formula 1, Silverstone. Nasr recorded the fastest lap in race one while climbing to an 8th place finish from 23rd on the grid following technical difficulties in qualifying, while Robin Frijns flew to his maiden win for the Josef Kaufmann team.

At Nurburgring he took pole for both races, finished second to Christensen in race one, and scored his third win of the season in race two in which he also recorded the fastest lap.

Christensen took pole for both races at Hungaroring with Nasr sharing the front row with him. In race one both drivers kept their starting positions at the finish.

After the second race in Hungary Christensen saw his championship hopes turned into ash. He was excluded from the results, and remaining rounds, due to a technical infringement. The same penalty was handed down to his two rookie teammates, Timmy Hansen of Sweden and Jack Te Braak of the Netherlands.

However, on appeal all Muecke drivers were allowed to race but would not be allowed to score points while the final decision was made.

Nasr was the big winner with the fastest lap in the second race.

In Valencia French driver Jim Pla was the main player of the weekend, winning both races ahead of Nasr. 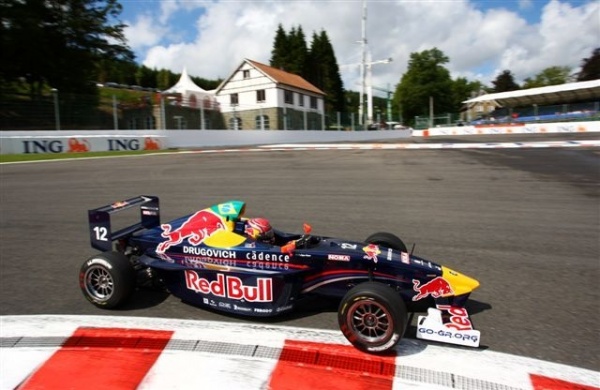 At Spa-Francorchamps Nasr took pole position for both races but had to settle for second behind Pla who grabbed both wins, making it four in a row for the DAMS driver.

Final round was in the magical Pista di Monza. After finishing second to Juncadella in race won, Nasr stamped his authority in the final race of the season on Sunday. While countryman and most experienced F1 pilot Rubens Barrichello would score an emotional win in the home of his former employer, the young Brazilian quietly and quickly won the final race of the 2009 Formula BMW Europe Championship.

In the steps of Senna

In 1982, Ayrton Senna da Silva dominated the British Formula Ford Championship and continued the tradition the following season in Formula 3. Rest is history.

Fast forward to 2009. Felipe Nasr has nabbed a championship in his first year of motor racing. Next season he steps up to the British F3 Championship.

As he explained on Autosport.com, “It’s the best thing that’s happened in my career so far. I want to get into F1, and I know that they can make this dream of mine come true.”

History may repeat itself.