BMW Sauber present their new challenger for the 2010 F1 season the C29.

“The last few months have been very intense for us. First we had to battle to secure the survival of the team and then we focused on putting a strong set-up in place for the future.”

“The technical preparation of the 2010 car has continued uninterrupted and according to plan since the spring of 2009, despite all the turmoil. We have a long tradition of bringing together an up-and-coming youngster and an experienced campaigner as a driver combination – and it’s an approach that has brought us a lot of success.” 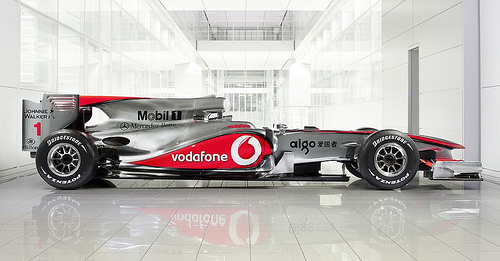 The McLaren MP4-25 is unveiled in Newbury at Vodaphone’ UK headquarters.

“As team principal I am honoured to represent this great team, but I am one small part of a group of dedicated and fantastic people.

“A great team and a competitive car can only succeed with the best drivers. Neither of our drivers need much of an introduction because between them they have won the past two world championships. We are thrilled this year to have Lewis and Jenson represent the team on track. Both drivers are winners and they want to win this year. 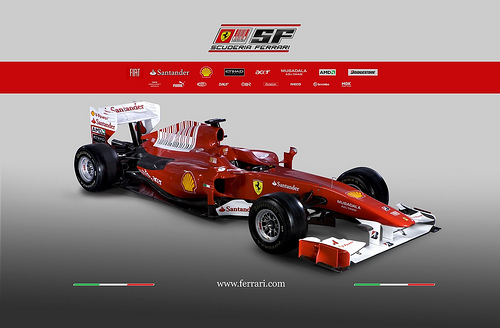 Ferrari the first Formula 1 team to unveil its new car for the 2010 season.

“This championship will be very important for us,” said team boss Stefano Domenicali. “The last championship, for different reasons, was not very positive, that is why we are dealing with this one looking to be competitive – and this is what Ferrari deserves to have.”