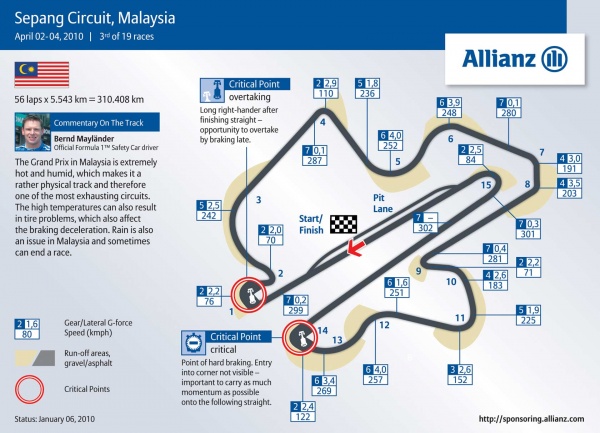 “Good boy”. With “Nando” as teammate Massa walks a fine line at Ferrari. For the second race in a row he finished ahead of Alonso and now takes the lead in the world championship from his double title winning teammate. 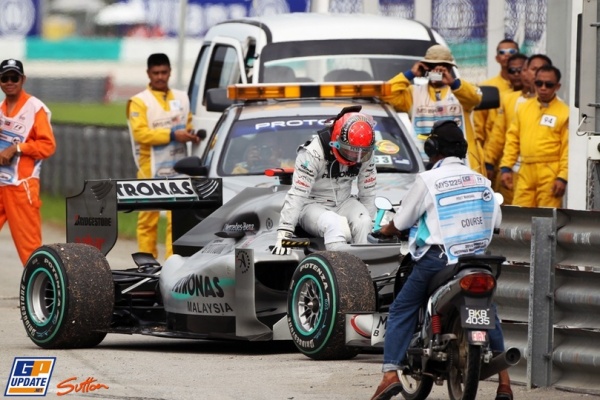 Nutty situation. Michael Schumacher, Super Star of the new Silver Arrows team, climbs out of his car after a wheel nut came lose. The much hyped domination of his teammate has not happened yet but the pursuit, in typical Schumacher-style, is methodical and relentless.

Sitting pretty. Three races, two poles and, finally, a victory. There’s more to come from the Happy man of Heppenheim. Vettel has been a Red Bull backed driver before he was a teenager. He made his F1 debut at the Brickyard in the 2007 US Grand Prix with BMW-Sauber and scored points in his first race by finishing seventh.

The only racing championship he has won so far was the 2004 Formula BMW Germany, in which he took 18 victories from 20 races. The impressive drive in the rain at Monza in 2008 made him the youngest pole sitter and race winner in history.

Red Bull has given him wings and if they give him some reliability he may well clip the wings of Lewis Hamilton as the youngest world champion.