The adventure begins as F1 teams try to get home and then to Barcelona.

Bernie: “The main concern is getting the engines back because they have to be worked on, “I am sure everything will be alright. There is no question of cancelling the Spanish Grand Prix. Of course it is causing everybody problems, but we will find a way to get everyone home.”

Avon tyres could be the favorite with Michelin pushing for 18 inch wheels next season. 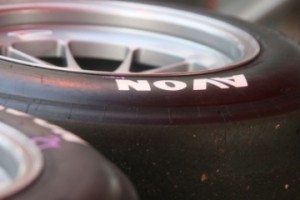 Whether Avon would be a significant-enough opponent for Michelin to accept the challenge remains to be seen – the British brand is not known for its road-going tyres in the way that Bridgestone or Goodyear are – but it has expressed an interest in breaking into F1 after years of being associated with series lower down the ladder, such as F2, F3 and, until last season, A1GP.

“The company is in discussion with the relevant parties and cannot comment further at this stage,” a statement from Avon’s motorsport division claimed, before confirming that that the company, now owned by Ohio-based Cooper, had been asked whether it would be interested in replacing Bridgestone.