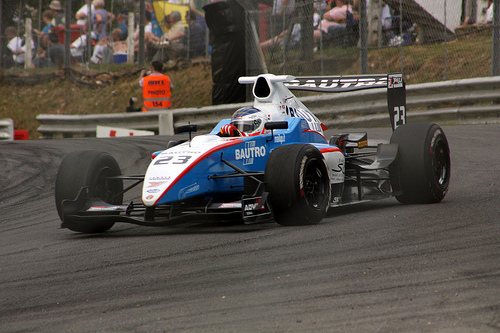 Today we have an exclusive conversation with Fabio Leimer of Switzerland, now making his name in GP2 series.

21 year old Fabio Leimer has been on a winning track for a few years now. Last year he was International Formula Master Champion. In 2008, he was rookie of the year in the same series and was winning races in his rookie season in the series,  which is always impressive.

This year he is with Ocean Racing team of Tiago Monteiro and won Sunday’s sprint race in Barcelona where this conversation was recorded.

But first, a few words from his sponsor, Herr Rainer Gantenbein, Boss man of Bautro, a Swiss company based in Bern.

My thanks to both Rainer and Fabio and all the best in 2010 and beyond.

AND NOW FABIO LEIMER AND HIS STORY