Lucky Strike in Monaco: Olivier Panis scored his one and only Grand Prix win in the streets of Monte-Carlo in 1996. His day of days came in the wet at the wheel of a Mugen-Honda powered Ligier JS43.

“I had people calling me on the radio in three languages to slow down as we were running low on fuel”, recalled the likeable Frenchman in a previous interview with F1weekly last year.

The victory turned out to be the first and last not only for the driver but also the final win for the French team started by ex-Rugby player, Guy Ligier. 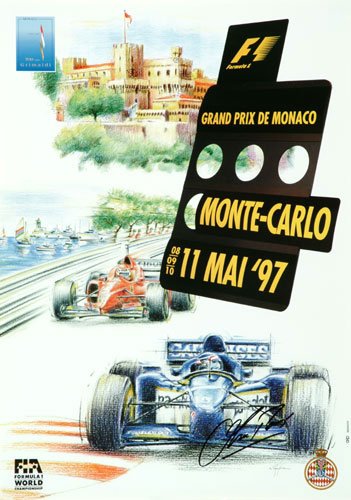 We caught up with him again last month in Lyons, of all the places in the security check lane of the airport, for another exclusive interview. Please enjoy the conversation with Olivier Panis on podcast # 434.

Panis ponders on the return of Michael Schumacher, his son’s racing career and why he has gone from driving a Ferrari in everyday life to a Diesel Powered Jeep.