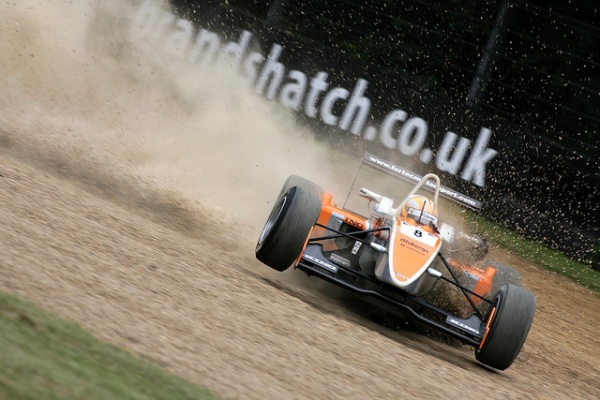 Sweden’s Marcus Ericsson won his first GP2 race round the streets of Valencia today where the series is a support race for the European F1 Grand Prix. The 19-year-old, who is in his first year in the ultra competitive series and driving for Super Nova Racing, snatched the lead at the start from second on the grid and controlled the race all the way to the flag.

“It is a fantastic performance from the Super Nova team and everyone involved and I am super happy,” he said after the race and added: “Up to now we have not been lucky for several reasons and I hope this is the turning point for our season. To be honest, going into this weekend I didn’t believe this would see us turn around. We had luck in the race yesterday and the boys did a fantastic job in the pit stop which helped me gain positions. It was the perfect race. Then today from second on the grid I knew I had to take the lead at the start and was confident and focused on that.”

There was also a long safety car period during the race as Marcus explains: “Unfortunately there was a big crash involving my team-mate, Josef (Kral). My thoughts are with him and I hope he is okay, which is the most important thing. We were behind the safety car for a long time and it was difficult to know how much grip we would have once we re-started racing. I made a small mistake at the re-start, but managed to hold onto the lead but had Giedo (van de Garde) right up behind me. I told myself to focus and not worry about what was happening behind. I did that and had no problem and won. This is just what we all needed.”

In the first GP2 race of the weekend on Saturday Marcus had a race long battle with Charles Pic and Michael Herck, finished seventh and assured himself of a coveted front row start today. The race was run in the hot conditions on the 5.440 kilometre track on the streets of the Spanish City around the harbour area.