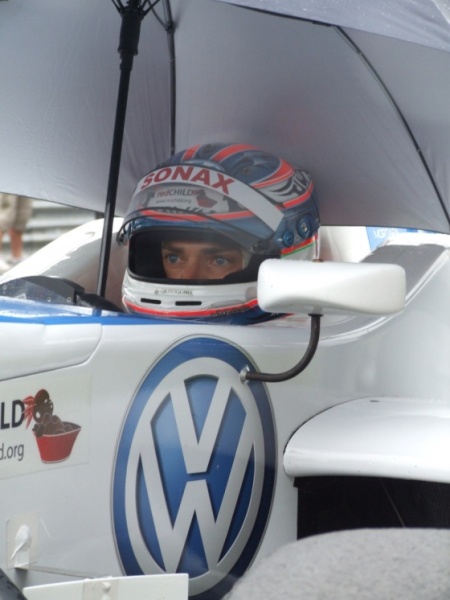 Mortara Moment: Edoardo Mortara took victory in the F3 Euro Series race at Norisring on Saturday. The Italian driver started from pole position and scored his third victory of the season over Signature teammate and local talent Marco Wittman. Finn Valtteri Bottas, winner of the F3 Masters at Zandvoort last month, was third.

Bottas bounced back to claim his maiden F3 Euro Series victory in the second race of the weekend. Wittman was again runner-up and Mortara made his second appearance of the weekend on the podium in third. He now enjoys a 15-point lead, thanks to seven podium finishes in eight events, over teammate Wittman.

More Mortara: Edoardo Mortara is 23-years old and last year competed in the GP2 series with Christian Horner’s Arden International team. He was on the podium ahead of Nico Hulkenberg in his first ever GP2 event, the Bahrain round of the Asia series.

In the sprint race of the opening round of main GP2 series in Barcelona he triumphed over Romain Grosjean. Highlight of his 2009 season was his impressive victory in the prestigious Macau F3 Grand Prix.