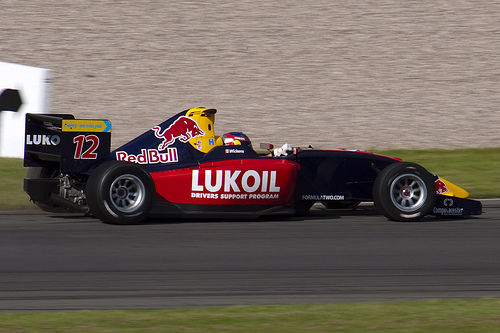 Motorsports Mondial with the Duke of Dijon and…

Status GP was formed in 2005 to run the A1 Team Ireland franchise in the new A1 Grand Prix series. The team’s shareholders are former Jordan Grand Prix Head of Marketing Mark Gallagher, former Formula One driver Dave Kennedy, John Hynes, and Teddy Yip, Jr., whose father Teddy Yip owned the Theodore Racing Formula One team. They also ran the A1 Team Canada operation in 2007–08 and also assisted A1 Team Netherlands in 2008–09, the season in which Team Ireland won the championship title.

In 2010, Status Grand Prix competeS in the new GP3 Series, with Gary Anderson leading the technical side of the team.