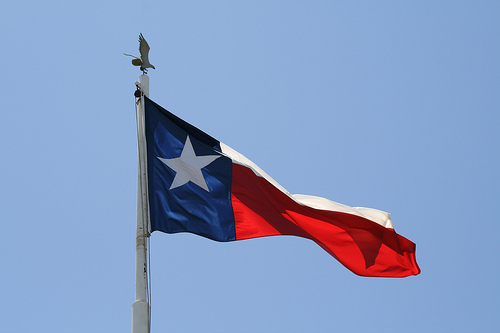 Tavo Hellmund, Managing Partner of Full Throttle Productions LP, revealed Red McCombs as the primary investor for the Formula 1 United States Grand Prix™ racing project. McCombs, a business and sports legend, is committing financial resources, experience and the business relationships of McCombs Partners to complement Hellmund and his extensive motorsports’ background. Hellmund and McCombs Partners have been working on potential site development as well as event and facility infrastructure. The end result will present one of the world’s most prestigious sporting events and the first ever purpose-built F1 facility in the United States.

Hellmund, an Austin native, event promoter and former racecar driver, has had a lifetime affinity for Formula 1 racing and has spent the last three years working to deliver the return of Formula 1 racing to the U.S. with his hometown of Austin as the event’s backdrop. “This project has been a tremendous undertaking,” stated Hellmund. “But for at least the next decade, Texas will host a global sporting event on an annual basis in a new world-class multipurpose facility. Knowing that our hard work is being rewarded and that my dream is becoming a reality is extremely gratifying. It is a great honor to have Red McCombs and McCombs Partners as our primary investor and partner. Red’s success in business and the professional sports arena is legendary. Working together as a team and under Red’s direction, we will ensure that this project will make all Texans very proud and will benefit our great State.”

“Bringing Formula 1 back to the United States represents the opportunity of a lifetime and one that any city in the world would want,” stated McCombs.  “The size and scope of an F1 event is comparable to hosting a Super Bowl and will bring substantial economic benefit to Austin, San Antonio and the entire State of Texas. We know Tavo has a clear vision for developing Formula 1 into a major event with year-round opportunities. Over the past few years, he has built a solid business foundation and has assembled a great team – one we are proud to be part of.  We are ready to roll-up our sleeves and work alongside Tavo to make this project a huge success.” McCombs, a Texas business and sports icon, is the former owner of the NFL’s Minnesota Vikings and the NBA’s San Antonio Spurs and Denver Nuggets. In addition, McCombs is the co-founder of Clear Channel Communications and has owned nearly 400 businesses in his career, including McCombs Automotive Group and McCombs Energy. McCombs Partners serves as the investment management division of McCombs Enterprises, the family office of Red McCombs.

Hellmund also launched the event’s official website: www.formula1UnitedStates.com, a site dedicated to the local, state, national and global communities interested in the Formula 1 United States Grand Prix™. The site’s objective is to provide racing and non-racing fans alike a view into the global sporting event where “technology meets glamour.” Site content will include information on the event visionary and investment group, FAQs, the host city of Austin, event news, Formula 1 racing information and the Formula 1™ onboard lap driving experience. Fans will have the opportunity to register to receive additional information including updates on event ticket packages. The site will be continually updated with the latest news and developments for the Formula 1 United States Grand Prix™ project and respective racing industries.

Formula 1 racing is ranked among the top three most prestigious sporting events in the world along with the Olympics and Soccer’s FIFA World Cup. Formula 1 is considered the most technologically advanced sporting event in the world. It has a massive worldwide following, attracting more than 520 million viewers in 187 countries — making it the most-watched annual sport in the world. This project will place Austin and the state of Texas on the global stage. Its economic impact to the community is estimated to be approximately $300 million on an annual basis, according to the Office of the Texas Comptroller.

Austin, Texas is located at the epicenter of a surrounding population of nearly 20 million people and provides 130 daily departing international flights within 180 miles. Austin also offers easy access from each U.S. coast, as well as from Canada, Europe, Mexico, Central and South America. The track will be located on a 900-acre site in southeast Austin along the SH 130 corridor near FM 812.  The majority of land involved in the project is formerly known as the Wandering Creek property. The site’s natural topography is expected to provide an excellent canvas for the world class facility.