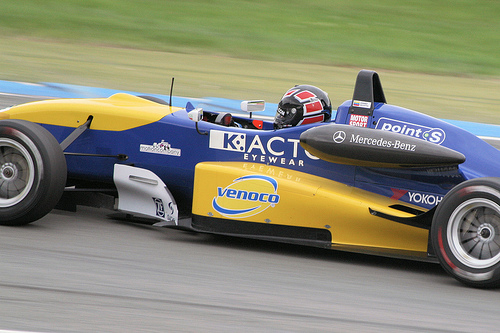 He began his racing career in kart racing, then progressing to open wheel single seater racing. He competed in Formula BMW ADAC in 2005. In 2006 he raced in the German Formula Three Championship, taking one victory, and also in the Formula Renault 2.0 Northern European Cup.

In 2007 he raced in the International Formula Master series, finishing eighth with three podiums. He returned to the German F3 Championship, finishing in third with two victories.

In 2009 he raced in the Formula Three Euroseries for the HBR Motorsport team, before the team missed races at Brands Hatch. He then signed a deal to compete in the GP2 Series, partnering Michael Herck at David Price Racing.

He joined up with Trident Racing for the 2009–10 GP2 Asia Series season, but was replaced by Dani Clos after the first round.