Sunday’s racing action from Nurburgring brought good news that the Formula 3 Euro Series, stomping ground for Lewis Hamilton and Sebastian Vettel not too loang ago, will continue next season. Amid rumors of a pending merger with British F3 Sunday’s confirmation is good news for team, drivers and F3 fans around the world.

The newly formed GP3 series has been boasting full field of 30 cars at each event while the F3 Euro Series have featured a dozen or so entries at each event this season.

Teams which had expressed an interest in moving to the British series have now committed to the Euro Series, as confirmed by Gerd Ennser of DMSB, the German motorsport authority.

The Euro Series was itself created by the merger of French and German series, and next season will also have the blessing and recognition of the FIA.

Italian Edoardo Mortara won the opening race of the weekend, his fourth triumph of the season.

Portuguese driver Antonio Felix da Costa was the winner of the second race ahead of local boy Marco Wittman.

The top three finishers in this year’s championship will get a day of testing in a Formula Renault 3.5 car later in the year.

DTM race was won by Canadian Bruno Spengler in a Mercedes and the world of winning continued at Nurburgring with Indian driver Aditya Patel winning from pole position in the Scirocco Cup race.

Nasir has a conversation with Ann Bradshaw.

“Over the years I suppose a lot of people have seen me on television, I actually have a fan club in Japan which started after they made a documentary about me. When we went to Suzuka I was mobbed by fans. I was photographed holding babies and autographing photos and arms and legs. When I was at Williams it was a standing joke that I was more famous than the drivers.” 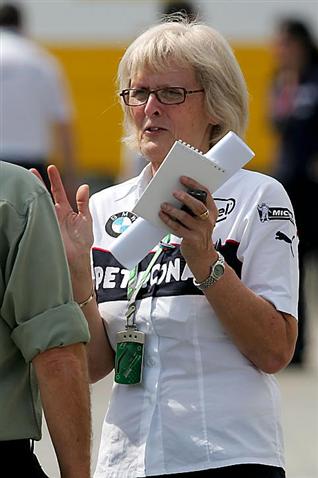 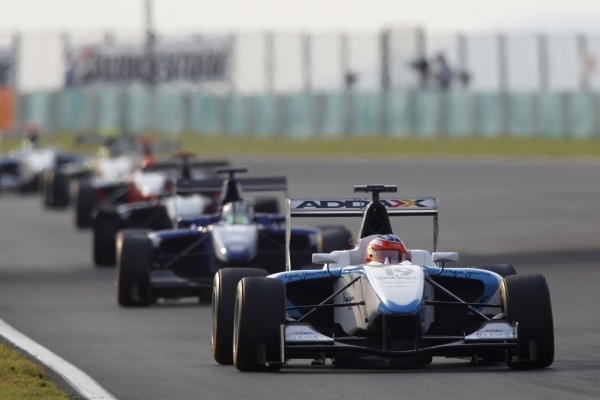 After karting for several years, Bortolotti began his formula racing career in 2005 by competing in the Italian Formula Renault Winter Series and Formula Gloria. He competed in the Winter Series for a further two years, with a best finish of fourth in 2006. He also drove in the Italian Formula Junior 1600 championship for this year, in addition to the Formula Azzurra championship. In the latter series he finished as runner-up in the drivers’ championship, behind winner Giuseppe Termine.

In 2007, Bortolotti moved up to Italian Formula Three, finishing fourth in the championship at his first attempt. He remained in the series for 2008, driving for the Lucidi Motors team, and won the championship with nine wins and six pole positions from the sixteen races.

Bortolotti obtained backing from Red Bull following his championship win; the company opted to place him in the relaunched FIA Formula Two Championship in 2009. He drove car number 14 in the series, and finished fourth. During the break between the final two rounds of the season, Bortolotti returned to Formula Three to compete for Carlin Motorsport in the Formula Three Euroseries season finale at Hockenheim, finishing on the podium in the second race.

As a reward for their performances in the 2008 Italian F3 championship, Bortolotti, Edoardo Piscopo and Salvatore Cicatelli were all given a test of the Ferrari team’s F2008 chassis at the Fiorano Circuit in November 2008. Bortolotti impressed by setting a time of 59.111 seconds, quicker than the previous fastest lap set by the F2008 at the circuit by any driver.

In 2009, among several other drivers, Bortolotti was linked to a drive with Ferrari as a replacement for injured Felipe Massa, after poor performances by Luca Badoer.

Drive through penalty ruins Vettel’s chances at a win.

Stay tuned to Clark and Steve’s race analysis on…

Podacst 446 including an interview with Valteri Botas