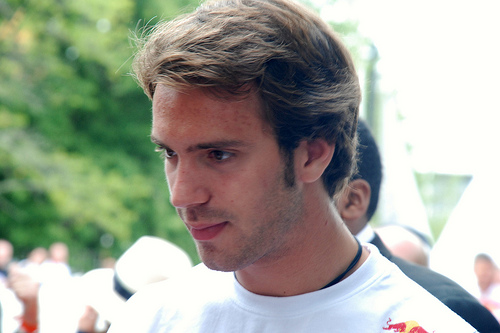 Michelin making a return to the WRC

In 2007, Vergne moved up to single-seater racing, joining the French Formula Renault Campus series which he won comfortably at the first attempt, taking ten podium places from thirteen races in the process. Vergne became a member of both the renowned Red Bull Junior Team and the French Automobile Sport Federation (FFSA), at the conclusion of the 2007 season.

The following season, Vergne competed in both the Eurocup Formula Renault 2.0 and Formula Renault 2.0 West European Cup championships for SG Formula. He finished sixth in the Eurocup standings, taking nine points scoring positions in fourteen races, including a podium in the final race of the season at Barcelona. In the West European Cup, he took fourth place in the championship, scoring three podium places.

In both series, he finished as the highest placed rookie driver, and in addition, he also won the French Formula Renault 2.0 title, which was awarded to the best French driver in the West European Cup standings.

2010 saw Vergne move to the British Formula Three Championship, competing for multiple champions Carlin.[5]Spa-Francorchamps round. This was enough to give him the title with six races remaining in the season. It was the third consecutive year that a driver from the Red Bull Junior Team had won the title with the Carlin team. He took 12 victories from the first 24 races, including three wins out of three at the

In July 2010, it was announced that Vergne would replace Brendon Hartley at Tech 1 Racing for the final three events of the season after the New Zealander was released by the Red Bull Junior Team.

In May 2010, Vergne was signed by Tech 1 Racing to contest the opening GP3 Series round in Barcelona. He was replaced by countryman Jim Pla for the next round in Turkey as it clashed dates with the British Formula Three event at Hockenheim, but returned to the team for the following round in Valencia. However, in early July it was announced that Daniel Juncadella would take Vergne’s seat at the team for the remainder of the season.