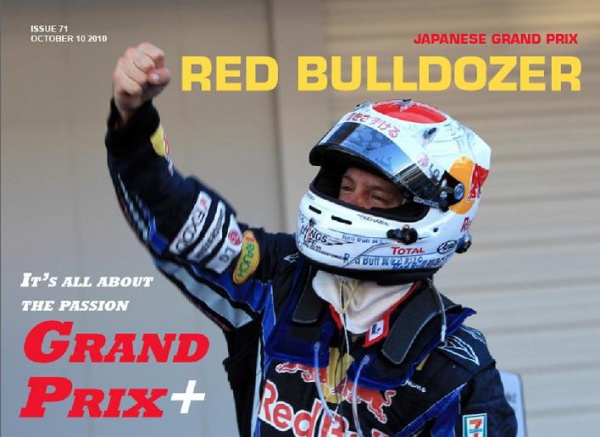 Grand Prix Plus: It’s all about the passion, and the knowledge that is second to none. Launched in 2007, Grand Prix plus is an e-magazine which is a treasure trove of motor racing action on the track, behind the scene stories and stunning photography.

Annual subscription on www.grandprixplus.com will not only provide you with “a 77-page e-magazine” five hours after every race but you will also get a pre-season Preview and an in-depth End of Year Review, plus access to their archive which will allow download of any and all issues since 2007.

Joe Saward: From covert operations to Coventry, Joe is an acknowledged master. Joe has been following and covering motor racing since he was a student. He was Grand Prix Editor of Autosport before moving to Paris, from where he launched the award-winning Business of Motorsport e-newsletter in 1994. He was also behind the launch of www.grandprix.com

David Tremayne: A passionate and walking encyclopedia of motor racing history, David has been reporting on Grand Prix racing for over two decades and has written over 40 books on motorsport. Some of his work includes The Lost Generation: The Brilliant but Tragic Lives of Rising British F1 Stars Roger Williamson, Tony Brise and Tom Pryce. Barrichello: In the Spirit of Senna and the Shadow of Schumacher.

Peter Nygaard: Peter saw a better and more exciting career with a lens than with a law degree, which he pursued at Copenhagen University. The Dane with his Canon has been marching on F1 fields since 1982 and has shot at over 350 events. His Grand Prix Photo studio in Haslev has an extensive archive of racing images from the first decade of Formula 1

Please visit www.grandprixplus.com and check out the free sample covering the Hungarian Grand Prix. You will not be disappointed.