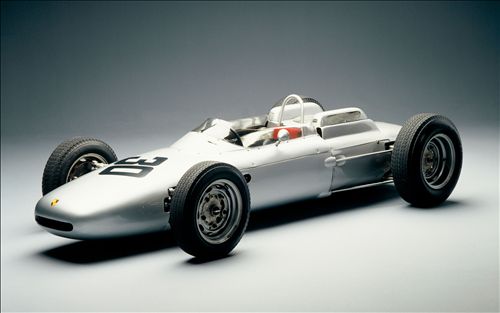 Will Williams join forces with Porsche?

A couple of weeks ago, Porsche chairman Matthias Mueller made the shock announcement that the German manufacturer were investigating becoming involved in F1 again for the first time since 1992. With Toyota, Honda, Ford and BMW all withdrawing from the sport in the past few years as a result of a lack of road car relevance and high costs, no one took Mueller seriously. However, under the direction of Jean Todt, the sport is changing and perhaps Mueller’s idea isn’t as far fetched as critics believe.

Formula One is more popular than ever, with a global viewing audience of over 600 million people. During the 1980s it really started to take off when Bernie Ecclestone took charge of the television revenue. This made household names of the likes of Lauda, Piquet, Prost, Senna and Mansell, the latter is even managing to capitalise on his popularity today with his appearances in car insurance adverts for Money Super Market. However, in recent years the sport has suffered from image problems with spy scandals and allegations of race fixing. On top of this, the sport has had to battle the inherent problem of its image of being un-environmental.

To combat these problems, Todt has introduced revolutionised the way the sport is governed and made the environment a priority. In order to achieve this, the FIA has decided to make F1 a testing ground for environmental techniques and technologies. This started in this year, when re-fuelling was banned which made fuel economy increasingly important. The hope is that any techniques car manufacturers learn from F1 about how to reduce the fuel usage of their engines could be transferred over onto road car engines. For 2011, Kinetic Energy Recovery Systems (KERS) will be made mandatory. These systems turn heat energy from the brakes into the power for the engines by storing the energy in lithium batteries. The hope is that this will again be road relevant, as it will help in the development of hybrid technologies. Ferrari have already utilised these technologies on their 599 hybrid road car model. Porsche themselves have made it obvious that they are interested in KERS, as they bought technology for use on their GT sports car from the Williams F1 team. Using F1 as a testing ground for these technologies could therefore prove to be a great way to improve the performance of Porsche’s road cars, while at the same time benefitting from a huge global television audience.

However, the only problem would be performance, with Porsche likely being uninterested in merely taking part in the sport. Mueller has therefore already ruled out setting up a team from scratch as Toyota did, due to the inevitable teething problems which would limit Porsche’s performance. Surely therefore, an alliance with former world champions Williams (with whom they have already collaborated) would be the ideal solution. Williams performance in recent years has been hampered by a lack of financial investment since the loss of BMW, and therefore Porsche would be the ideal solution to fix their problems.

The cost of F1 involvement has been reduced significantly in recent years, with Red Bull Racing boss Christian Horner admitting that in previous years it would have been inconceivable for a energy drinks firm to be able to take on a more heavily financed car manufacturer like Ferrari and win. This is the result of the resource restriction agreement between the teams, which are aimed at lowering spending for the top teams and simultaneously making it possible for small teams to be competitive on a small budget. With record profits in 2010 so far, surely Porsche would have no problem funding a Williams Porsche project. The days of car manufacturers like Toyota spending $400 million per year appear to be over.

Porsche would be wise to enter the sport, as the problems of cost and road relevance which have forced manufacturers out in the recent past appear to have been rectified by Jean Todt.

As For Williams, it would solve all their financial worries with Phillips and RBS due to end their sponsorship arrangements with the team next year, plunging them into further financial problems. Frank Williams isn’t getting any younger, and has already sold 10% of his team to Austrian businessman Toto Wolff. Surely a deal with Porsche would be the ideal way to pull his team away from the same downward spiral which has claimed former champion teams like BRM, Lotus, Brabham and Tyrrell, by securing his teams future.