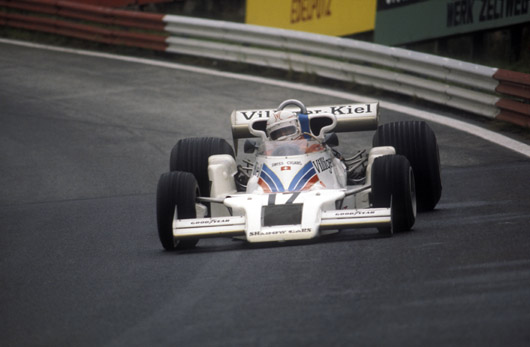 Don Nichols. Me and my Shadow. The Shadow team raced in Can-Am before appearing on the 1973 F1 grid. Tony Southgate designed and UOP sponsored cars were driven by Jackie Oliver and George Follmer. The California driver scored a point in his first F1 race in South Africa and was on the podium in third place in his second race in the streets of Montjuich Park.

Oliver was third in Canada.

The 1975 season started on a high note with Jean-Pierre Jarier taking pole position for the opening two rounds in Argentina and Brazil, but Shadow’s first and only success came in the 1977 Austrian Grand Prix with Alan Jones at the wheel.

Shadow began to disappear from the Formula 1 scene after Jackie Oliver and Tony Southgate walked out and started Arrows team.