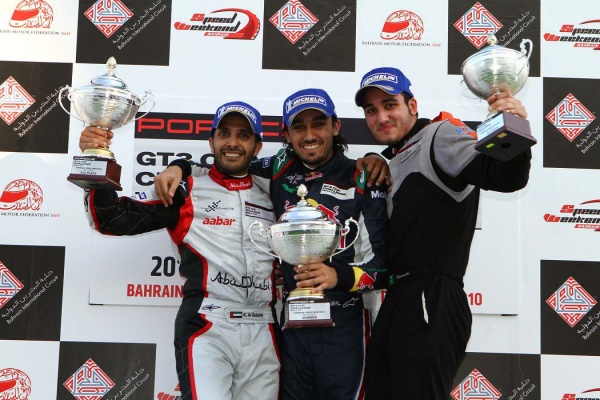 Hindered by gearbox problems 24 hours earlier when he finished fifth in the previous round, the defending champion was in brilliant form today, starting from pole position and moving into a six seconds lead from Abu Dhabi’s Khaled Al Qubaisi at the half way mark.

Again highlighting the great progress he has made since last season, Al Qubaisi piled on the pressure in the closing laps but Al Faisal held on to win by 0.671 seconds.

Teenager Fahad Algosaibi took the other podium place, with Bahrain’s Round 3 winner Sheikh Salman Bin Rashid Al Khalifa having to settle for fourth position on this occasion. His consolation was that he still leads the 12-round championship by two points

The top six was completed by Saudi’s Bandar Alesayi and Al Qubaisi’s Abu Dhabi team-mate, Musaed Al Murar (UAE) who was the top rookie for the fourth race in a row.