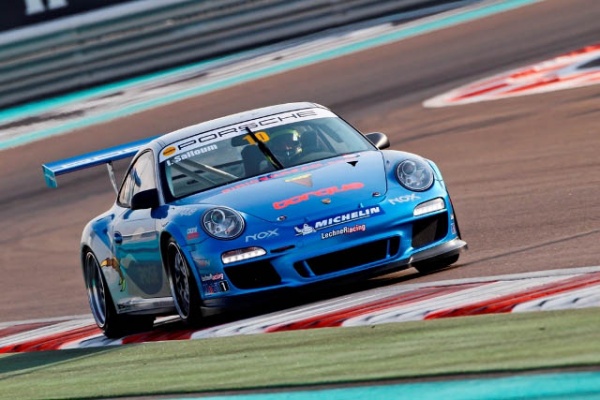 Dubai. Abu Dhabi’s Khaled Al Qubaisi has been tipped to score his first race wins and fight for the title all the way to the finish in the Porsche GT3 Cup Challenge Middle East, which returns to action in Saudi Arabia next week.

Fellow-UAE driver Ibrahim Salloum believes Al Qubaisi, currently lying third in the 12-round championship, has what it takes to be a serious contender as the 2010-11 series heads for its halfway point at Reem International Circuit outside Riyadh on January 19-20.

“Khaled is very talented and was already quick from when we first started together in the UAE GT championship,” said Salloum, a newcomer to the Porsche GT3 Cup series this season. “He has come a long way and has been working hard on his consistency and race craft and I think he will definitely win a few races this season, and will be fighting for the championship right down to the last weekend.”

Everything points towards two days of dramatic Porsche GT3 Cup action at Reem during a busy 48-hour race programme, and Salloum is relying on the advice of Prince Abdulaziz and the rest of the top five challengers to prepare him for his first visit to the testing circuit. 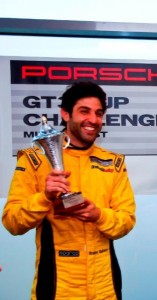 “My fellow competitors have been super friendly and helpful,” he said. “I’ve had advice from each of the five top drivers – everything from tips on heating up and conserving tyres, to bedding in extra brake pads before a race weekend, and help with the best lines on certain corners.

“One of them was even nice enough to let me have a copy of his own onboard video from Reem. Being in the same series as Abdulaziz is a great experience on its own, and he has been exceptionally generous with his advice and general comments about being patient.”

“I will watch videos and study some data so I‘m better prepared for my first time there. My favourite part of racing is getting out on a new track and figuring it out for myself, so it will be exciting.”

In his Porsche GT3 Cup debut season, Salloum is currently lying seventh in the championship, just behind Al Qubaisi’s Abu Dhabi team-mate Musaed Al Murar who has been top rookie in all four rounds so far.

“I am reasonably happy with my performances,” he said. “There has been some frustration, but I am learning to be patient. Most importantly, I‘m enjoying learning from the other drivers and the great technical team we have around us.

“It‘s the best experience I’ve had in my life and I look forward to the races ahead with more confidence as I get deeper into the season. My overal objective has always been to be the best I can be, and learn as much as possible.“

Added Salloum: “I don‘t feel I am quite up to pace yet, but I am working towards that and hoping to close the gap to the front runners a little more with every race weekend.  Murar is much quicker than I expected and has an astounding amount of natural ability, so it is going to be a very tough season battling him for rookie of the year title. We will see what happens.“

“I don‘t have a favourite for the title. I think any of the top runners can potentially take it. Abdulaziz has been the strongest, no doubt, and I have been very impressed with his qualifying pace, as well as his consistent race pace.“