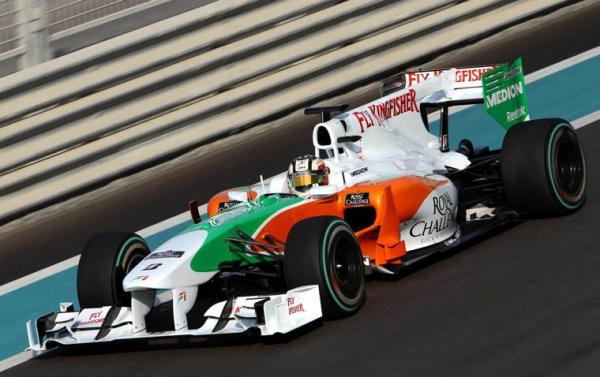 Portugal has a rich motor racing history. The first Portuguese Grand Prix was held in 1951 on the Boavista street circuit in Oporto. The non-championship event was won by local driver Casimiro de Oliveira in a Ferrari 340.

Fast forward to the historic 2005 United States Grand Prix and we find Portugal’s only podium appearance courtesy of Tiago Monteiro..

Monteiro, who currently owns GP2 team Ocean Racing Technology, has now passed the baton to the kid from Cascais.

António Félix Da Costa, born on August 31, 1991 has been delivering impressive results ever since he started karting at the age of 9.

F1weekly would like to thank him for answering our questions and wish him new conquests in his racing career.

Q: Formula 1 is your goal; how was the experience of test driving Force India F1 car in Abu Dhabi last November?

A: Well, was such a good opportunity for me, and I have to thank my management team SOWHAT and Tiago Monteiro and specially Force India, at the beginning was hard for them to believe if I could deliver, fortunately the day was awesome and in the end everybody did a good job!

Q: You have driven both WSR and GP2 cars, what was most impressive about the F1 car?

A: When I tested GP2 I was coming from a second season in formula cars and in Formula Renault 2.0, and the step is huge, I can tell you that the step from GP2 to F1 is almost as big, it’s a shock! Everything just happens really fast, but once you get up to speed its so much fun!

Q: How many laps it took before you felt one and the same with the car?

A: In the whole day I completed 77 laps, my best lap was my last lap, which after 77 laps my physical side wasn’t perfect anymore, so it means that there was a lot more to come, and it’s a positive thing, but I think after 25 laps I started to really going for the push!

Q: The F1 title was decided at Yas Marina circuit; your impression of the facility?

A: I think there were 3 drivers who really deserved it, Vettel, Weber and Alonso, in the end the Red Bull was the best car so it should’ve been one of them to win it, Alonso just makes a big difference inside his head and he almost took it home for that!

Q: In 2010 you were Rookie of the Year in F3 Euro Series and scored three wins; how tough is it to win at this level compared to Formula Renault?

A: F3 is amazing, it’s such a shame it’s loosing its long grids, but I can tell you that it was as competitive as ever! The Euro series is a really well organized championship and the F3 car is the best car for a driver to improve, and if you look to Macau results, the top 6 were from Euro series. It was a learning year for me and I want to thank my engineer Dennis Layher for all the help! I’m pleased with the rookie’s title, but honestly I would love to go back and try to win it!

A: Was hard in the beginning, was new for everyone, for the team and for me, and we improved along the season so was the low point of this year, but Motopark was really strong in Macau and I’m happy for that, they were my family in the past years, the highest point was for me the F1 test, and the result in Macau, I just arrived directly from the F1 test at Abu Dhabi and we had some problems, p6 was good, and I was the best car from Carlin which I was happy about!

A: I would tell you Spa, but now it’s MACAU!

Q: You finished 6th in Macau F3 Grand Prix last year. Do you enjoy street racing as much as at Spa and what is your impression of the Guia circuit?

A: Its amazing, hard to get into the rhythm, specially with 0 hours of sleep, but once you start to get it its so much fun, unfortunately I took it easy and I was only fast in the final race which made me go to p6, but I’m confident for a comeback! And Spa it’s also an extraordinary track, just amazing!

Q: You also raced in two rounds of GP3 last year. How will you compare this car to an F3 machine?

A: F3 is so much better, as a car, the engine, the way it works, the GP3 is heavier, and obviously it’s nice because it’s a bit more modern, paddle shift and that stuff, but F3 is old school and that for a driver is the best!

Q: In late 2009 you signed a driver development agreement with Portugal’s last F1 driver and current GP2 team owner, Tiago Monteiro, how has this programme come along?

A: Perfect I would say, he really believes in me and that’s a key point! Tiago is really clever and he knows the people in F1, this will be important one day when we try to get in there!

Q: Will you race in GP2 this season with Monteiro’s Ocean Racing team?

A: No, the possibility for us now is GP3; it’s where everybody is looking at so Tiago thinks we should be there! Maybe next year I race in Ocean!

Q: Your brother Duarte is also a racing driver. Was there motorsports interest in your family when both of you were kids?

A: Yeah it all started with my dad, he was the CEO of Castrol in Portugal so he was always a bit involved. 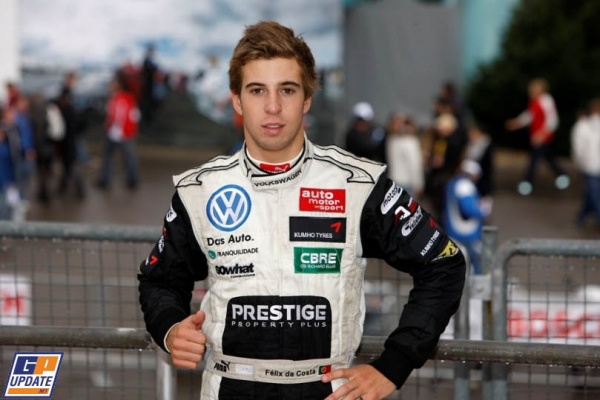 Q: What is a day like in your life during the off-season?

A: Gym in the morning and I use the afternoon for me, football games, surfing and hang out with my friends which I don’t get to see along while I’m racing!

Q: You have extensive and successful karting background what is your advice to young kids who are just starting in karting?

A: It’s so important! But if they really wanna become the best driver, they need to go and learn and race against the best guys, in Italy, now its called the WSK (World Series Karting), where all the factory teams are, I was part of official Tony Kart team, and I learned a lot from them!