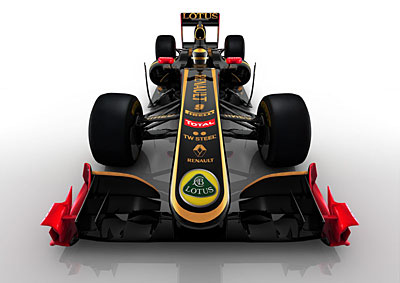 R31 Launch: BLACK TO THE FUTURE

The world’s media got their first glimpse of Lotus Renault GP’s 2011 challenger this afternoon as the R31 was presented in the pit lane of the Circuit de la Comunitat Valenciana Ricardo Tormo.

Robert and Vitaly joined Gerard Lopez (Chairman of LRGP) and Eric Boullier (Team Principal and Managing Director) to pull back the covers and present the car the team hopes will continue the squad’s push towards the front of the grid.

“For Genii Capital and Lotus Renault GP, the 2011 season will be the one in which we achieve our aims,” said Gerard Lopez. “We now have 100% ownership of the team, and we’re tackling the coming championship with the intention of continuing to do things our way – but always with humility. I would like to welcome Lotus Cars, a new ambitious title sponsor with us for the long term. Renault and Total have also chosen to accompany us again in this adventure and we thank them for their valuable contribution. Our aim for 2011 is to continue our march towards the front of the grid, seize the slightest opportunity and do better than last season in both the drivers’ and constructors’ championships. We feel we are well prepared for the challenge ahead.” 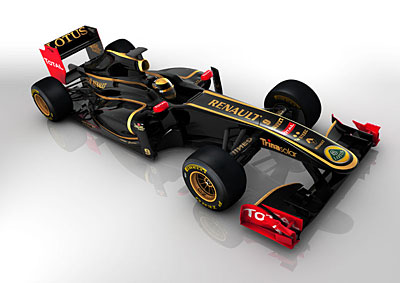 Eric Boullier echoed those sentiments and paid tribute to the enormous effort back at the team’s base in Enstone: “All the hard work over the winter has been focused on delivering a big improvement for 2011. The result is a car with more than 92% new parts compared to the R30. But technical innovation isn’t the only key to performance. Since last year, we have reviewed all our internal processes and our overall efficiency has now improved by 15%. That means we should be more competitive than last year, on the track and at the factory.”

Technical Director, James Allison, explained how the team approached the design of the R31: “Words like ‘aggressive’ and ‘innovative’ are very much in vogue in Formula 1 at the moment, but where the R31 is concerned we feel those adjectives are appropriate. It’s true to say that the car has been designed in an ambitious manner and a quick glance at the layout will confirm that its entire concept differs considerably, not just from last year’s car, but from any car this team has ever produced.”

Both Robert and Vitaly were enthusiastic as they got acquainted with their new car and eager for the season to get underway.

“After a long winter break you always feel ready to jump back in the car,” explained Robert. “At the moment it’s difficult to know just how competitive our package will be, but the engineers have decided to go for an innovative design, which is good.”

Vitaly added: “It feels exciting to be starting my second year of Formula 1 and I can’t wait to try this beautiful car for the first time tomorrow. Now that I have a year of F1 experience behind me, I feel more confident and ready to deliver. I’m determined to do well and fight hard for this team.”

The team’s new third drivers were presented as well, with Bruno Senna and Romain Grosjean adding further strength to the team’s driver line-up. The team’s reserve drivers (and members of the LRGP Academy) were confirmed as Jan Charouz, Ho-Pin Tung and Fairuz Fauzy (who was unable to attend the launch due to his GP2 Series commitments).