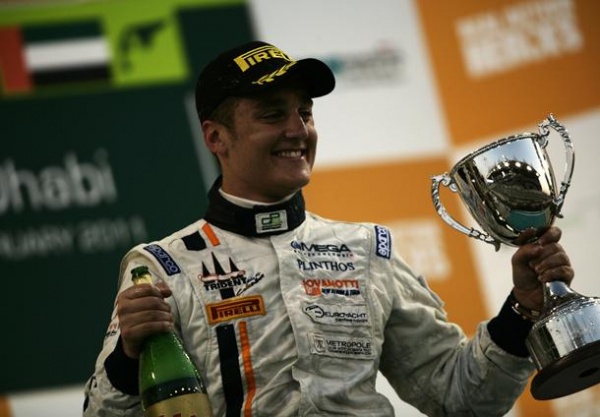 Man from Monaco, Stefano Coletti, collects the spoils of victory in Abu Dhabi

Day after Jules Bianchi scored his first GP2 victory in the feature race of the new 2011 GP2 Asia series, Stefano Coletti of Monaco scored his maiden win in Saturday’s sprint race. After starting from pole position, thanks to GP2’s reverse grid of top eight finishers from feature race, the Trident Racing driver led from start to finish.

Sam Bird, driving for iSport International, looked set to land a podium finish but spun out only few laps from the finish. Romain Grosjean, driving for DAMS and runner-up in Friday’s feature race, was spun out earlier in the race by Michael Herck of Scuderia Coloni.

Saturday Sprint. A clean start but for the Dutch fan.

Not a fan-tastic day for Dutchman Giedo van der Garde. The Barwa Addax driver moved into second place after a great start from fourth on the grid. He was to serve a drive through penalty as, shortly before the start, one of his mechanics crossed the grid to collect a forgotten fan left by the side of his car. The team’s only consolation was fastest lap of the race from their second driver; Frenchman Charles Pic, who would finish 10th. 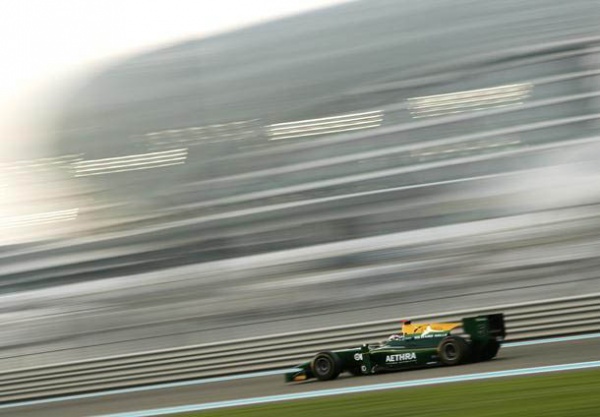 Bianchi is best. Man from Brignoles is the championship leader

Michael Herck, after hurting Grosjean’s chances of points scoring finish, was able to continue and collected  the final point from his sixth place finish.

Greetings and GP2 game on regards.

P.S. French Correction. Jules Bianchi, Charles Pic and Nathaniel Berthon have all been penalized by the stewards for not respecting yellow flags, and handed twenty second penalty. Bianchi drops down to 8th, Berthon 14th and Pic also loses his point for fastest lap as he is now classified 21st. The fastest lap point is for top-ten finish only, which now goes to Bianchi, helping him retain his championship lead by a solitary point over Grosjean.

Bahrian International Circuit will host round two next weekend.