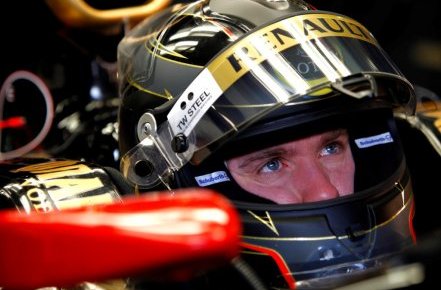 Nick Heidfeld gets the drive at Renault .

Nick Heidfeld got his first taste of the R31 in Jerez and ended session at the top of the timesheets.

– The team ran back-to-back tests on all four Pirelli tyre compounds for the first time. This confirmed the different degradation rates and variations in new tyre performance.

Nick: “I really enjoyed the day. It was fun driving the car, although it obviously takes time to get used to things when it’s your first time in a car and working with a new team. We had a good day, without too many problems, and luckily all the changes we made to the car went in the right direction and improved things, so I was able to push harder and harder. In terms of the lap times, it’s very difficult for me to compare with the other teams because we don’t know the fuel levels or what the others were doing. My first impressions of the car were positive, although there are always areas where you can improve.”

Eric Boullier: “Today we had the chance to give Nick time in the car and we carried out a big evaluation. Our first feelings are very positive: he worked well with the team, gave good feedback and improved the car during the day. We managed to cover 86 laps and the times are encouraging, which is also thanks to Robert and Vitaly’s early feedback and the hard work of everybody in the team.”

– The day was based around getting Nick comfortable in the car and giving him as much mileage as possible. He adapted to the car and the systems quickly.

– We played around with the set-up early on and changed a few things during the day – this included the weight distribution and the toes and cambers for the Pirelli tyres.

– Unfortunately the afternoon was disrupted by several red flags, so we were not able to complete the long runs we had planned.

The rules on adjustable rear wings allow the flap to rotate away from the main plane up to a maximum distance of 50mm.

Wiesbaden – From the 2011 season, the TV coverage of the most popular international touring-car series will be broadcasted in the high-definition format HDTV 1080i50. This means that DTM is – with immediate effect – one of the sports providing their supporters with particularly sharp and brilliant TV pictures, due to the high definition technology.

DTM’s long-term TV partner WIGE Media AG will remain responsible for the production of the TV pictures. In the off-season, the company created the technical preconditions for the new HD feed: for the coverage of all the DTM events of the 2011 season – including the DTM Launch held on 10th April in Wiesbaden – the company will use an HD-OB truck. All the circuit and onboard cameras as well as the entire video and wireless technology have been upgraded to meet the new standard.

It goes without saying that DTM’s German TV partner ARD is going to also broadcast its Saturday and Sunday coverage in the new format. The international TV distribution also offers DTM in the HD format and provides all the stations involved with the high definition pictures. In the 2010 season, DTM was covered by 283 stations in 213 countries and achieved a total broadcasting duration of more than 5,881 hours.