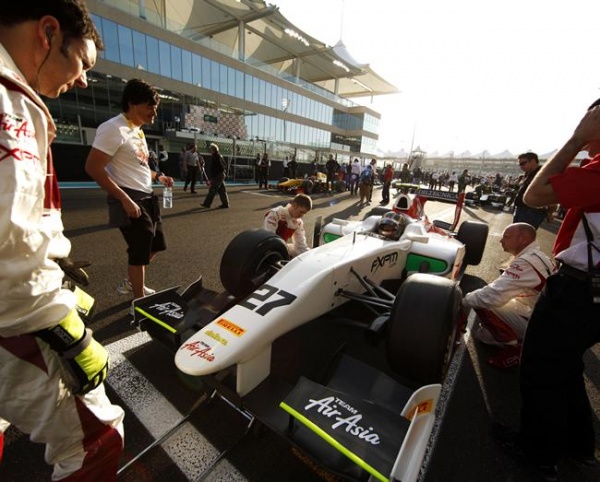 GP2 Asia Series ROUND 2 // BAHRAIN has been canceled.

‘Following the current events in Bahrain, at the request of the Bahrain Motorsport Federation, it has been decided that the remainder of the meeting which was supposed to take place this week at Bahrain International Circuit is cancelled due to force majeure.’

No Rest for The wicked:

Back To The Track This week.

the 2011 GP2 Asia Series resumes this week for Round 2

at Bahrain International Circuit on the 5.412 km layout.

The teams packed up quickly after the second race at

Yas Marina Circuit to be ready for more action in Sakhir,

with the practice session starting this Thursday at 11am.

and Bianchi beating him at the lights in Race 1. Reigning

a strong contender to this season’s crown: scoring a

podium finish for his new team Team AirAsia, the Italian

showed good pace and consistency from the word

of Josef Kral and Marcus Ericsson.

International and Dams. The British squad and reigning

Champions iSport could have been leading the Series

after Abu Dhabi Sprint Race had Sam Bird kept his

podium finish, but in the final laps, he unfortunately lost

control of his car and had to retire before the chequered

flag. However, his pace and experience puts him on

the men-to-beat list this week in Bahrain, along with