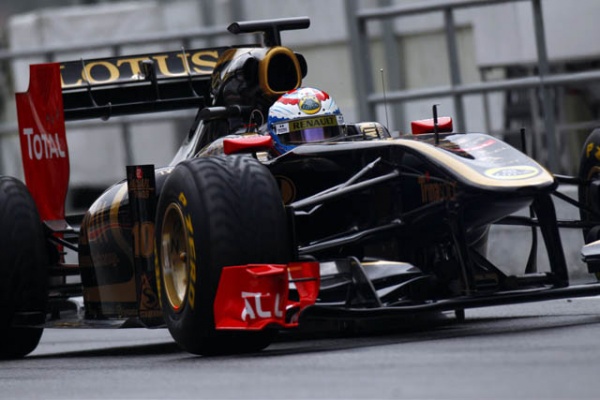 A damp start in Barcelona turned to sunshine in the afternoon as Vitaly got back behind the wheel of the R31. Nick will be in the car for the final day of testing tomorrow.

What we learned today:

– The R31 was fitted with a different spec of exhaust tail pipe. Aero data was collected to assess its effect on car performance.

Vitaly: “We used the intermediates to begin with and it was one of our first opportunities to do a lot of laps with them. The only issue we had was warming them up because it was very cold early on. The plan was to do a race distance in the morning and we managed quite a lot of long runs while the track was wet. Then, we put the slicks on just before lunch and started improving the set-up. We learned a lot of new things and I’m starting to understand the tyres more and how to get the most from this car.”

– It was a slow start to the day with the wet conditions, but we did some long runs on the intermediates. However we were interrupted by several red flags.

– For the afternoon, Vitaly started a set-up programme, and we made some good progress with the suspension changes at the front and rear. We also did some work with tyre pressures and found some more improvements. Overall the car has responded well to the changes today and Vitaly has been much happier.”

During the average day of testing, the drivers will change gear around 2,500 times.