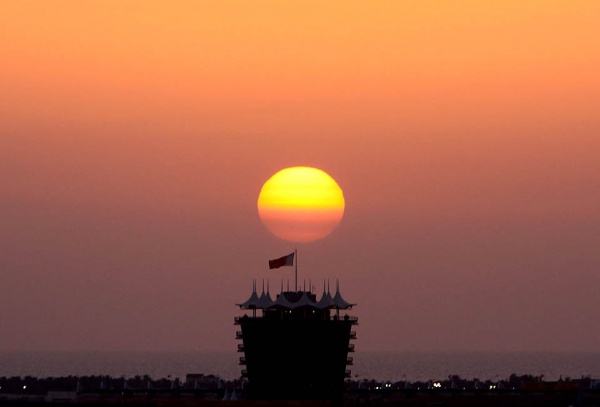 The unwashed masses have taken the opening round of the 2011 Formula 1 World Championship to the cleaners. Bernie Ecclestone, The Tsar of F1 circus, was given the news by Crown Prince Salman bin Hamad bin Isa Al-Khalifa.

The Prince proclaimed, as reported on Autosport.com, “At the present time the country’s entire attention is focused on building a new national dialogue for Bahrain.

“Bahrain’s priority is on overcoming tragedy, healing divisions and rediscovering the fabric that draws this country together to remind the world of the very best that Bahrain is capable of as a nation once again united.”

Natives are getting restless in Middle East. After the toppling of regimes in Tunisia and Egypt, the friendly folks on the island nation of 800,000 souls decided “no mas” and took to the streets, demanding political change and more opportunities for the majority.

One wonders how these people feel when they see international media, fans and Paddock Club VIPs race by them to the Bahrain International Circuit. The gala event that is the Gulf Air Bahrain Grand Prix is no smooth landing for the ‘coach class’ population with sky-high ticket prices, normally in the range of $300-500.

It was no wonder they targeted and threatened the Grand Prix.

The race on the island nation may return at a later date.

GP2 Asia is also looking at other options. Bahrain was to stage the last two rounds after the inaugural event in Abu Dhabi earlier this month.

Final pre-season test for the F1 fraternity has now been shifted to Barcelona next month.

The 2011 season will now start in Australia on March 27th. Some natives on that island are also getting restless about the cost to tax payers, and there is a strong possibility that the contract for one of the most popular events on the schedule may not be renewed after the 2015 event.

The cost of 1996 inaugural event of $1.7m is now costing the taxpayers $50m a year, according to a statement to the parliament by Michael Danby, Member of the Australian Parliament for Melbourne Ports which includes Albert Park.

Greetings and No racing regards from Bahrain.