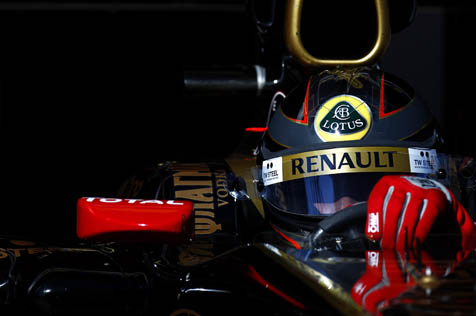 The final day in Barcelona saw Nick back in the R31 as the team wrapped up its third pre-season test session.

– A new front wing was fitted on the car and the team carried out some aero mapping to assess its effectiveness. First impressions were positive.

– The team completed its first race distance simulation and was pleased with the feel of the car on high fuel.

Nick: “In the morning we were not able to do most of our programme because we had an issue with the KERS. It’s a shame because track time is so limited, but it’s obviously better to have problems during testing before the season starts. In the afternoon we started the race simulation, which went reasonably well. We were using different tyre compounds and tried both scrubbed and new sets. We learned a lot by running the car on high fuel and have lots of useful data about the degradation rates. Then, at the end of the day, we returned to the set-up work.”

– It was a difficult morning because we lost time with a KERS problem. We managed to resolve the issue before lunch and started with our set-up programme

– For the afternoon our target was a race distance. We pretty much completed the mileage we needed to, apart from a couple of laps due to a red flag. We ended the day with further set-up work and found some good directions.

The Bahrain International Circuit announced that the Kingdom of Bahrain would withdraw from hosting this year’s Formula 1 Grand Prix so that the country and focus on its “process of national dialogue.”

Eric Boullier: “The recent situation in Bahrain has been very difficult for the country. We feel the decision taken by the Crown Prince is wise and we fully support it. The Bahrain Grand Prix has always been welcomed with enthusiasm from the Bahraini people, and we’re looking forward to going back there when they have healed their country. We will now amend our logistics accordingly and will get ready for Australia.”

During heavy braking of 4.5G, a driver’s head weighs as much as 30kg.