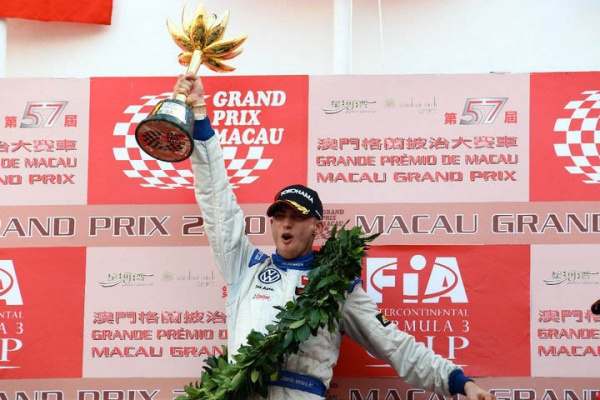 “Edo” was born in Switzerland on January 12, 1987 to an Italian father and a French mother.

F1 Weekly would like to thank him for his time and wish him all the success in DTM.

Q: As a kid you had a Ferrari flag on your wall, how old were you when you decided to become a professional driver?

A: I started racing when I was 10 years old. At the beginning I was doing it for fun but it became serious quite soon. I had good karting results and this allowed me to go in Formula. At that time it really became clear for me. I was 18 years old

Q: What memories you cherish most from your karting days?

A: I’ve got really good memories from my karting days. I travelled quite a lot at that time, discovered a lot. I had a lot of fun and I’m missing those days.

Q: How important was karting in helping you achieve success in single-seaters?

A: Karting is really important if you want to become a professional driver. It’s the base. You need to race in karting to become a good driver I think. For me it was a great learning school.

Q: When you switched to Formula Renault in 2006 what was the biggest adjustment you had to make in your driving style?

A: When you jump into Formula Renault you need to learn a lot of new things. Karting and formulas are quite different and if you try to apply what you’ve learned in karting you might have some problems. It took me some time to adapt but at the end I managed to be successful also in formulas.

Q: In 2007 you were Rookie of the Year in F3 Euro series with two wins, Brands Hatch and Barcelona, what were other highs and lows of the season?

A: 2007 was a positive season for me. I was discovering the F3 Euro series championship, a very tough and competitive championship. I managed to win Brands Hatch, Barcelona and clinched several podiums. I also had my tough moments in Magny Cours and Nurburgring that year.

Q: In 2008, you won at Pau, had pole and won the qualification race at Macau what makes you so good on street circuits?

A: I’m feeling quite confident in street circuits. I wish there were more of them. I don’t really know what makes me competitive there. I supposed maybe because I like going near walls, taking quite a lot of risks.

Q: What do you enjoy more, tight confines of Pau and Macau or the fast track located in the Ardennes forest?

A: Macau is for sure my favourite track. I had a lot of success there and was always competitive. The track is really great and really complete. You’ve got slow, middle and fast corners with big straights. You need to be able to take a lot of risks and work well with your team to have a good setup.

Q: In 2009 you won on your GP2 debut weekend in main series, what was that experience like as very few drivers can claim such a feat?

A: It was for sure positive. Unfortunately I wasn’t able to repeat this great performance for many reasons. At least I can say I’ve won a GP2 race.

Q: What were the main reasons for not being able to keep that momentum?

A: The communication within the team wasn’t great and I was struggling really a lot with my engineer. But now this time is over and I’m happy to have had a season like this. It made me a lot stronger and I show everybody that I’m never giving up

Q: How will you compare the depth of competition in GP2 with F3 Euro series?

A: The level of competition is really high in both champs. It’s for sure a great feeling to be able to be competitive in such difficult series. My preference goes for F3 Euro series. Even if the car is less (in) performance there is a lot of teamwork, a lot more than in GP2. Because in F3 Euro series you can change a lot of parts as in GP2 you need to use the standard auto. 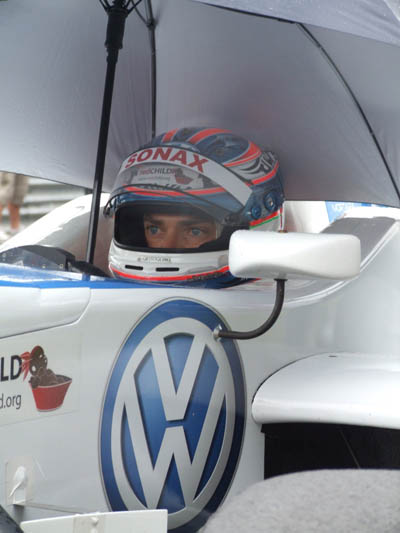 Q: Last year you returned to F3 Euro series, why not carry on in GP2 with another team?

A: Simply because I hadn’t the budget and also because I understood that GP2 was not made for me. GP2 is a lot about money and politics, a small F1 world.

Q: Did you at any time consider racing in Indy cars here in the US?

A: I did last year. I was trying to go to Indy Lights at a point. I was looking to try to end up in Champ car. But also in the US the budgets teams were asking me were too high.

Q: Your championship last year was filled with victories, of the seven wins and 11 podiums, which events stand out?

A: Macau and Oschersleben were my 2 best moments of the year. I won the F3 title in Oschersleben and my second victory in Macau was really nice moment.

Q: Was this domination especially over ART team a surprise to you, Signature or the friendly folks at Volkswagen?

A: Not really because I knew everyone in both VW and Signature were pushing so hard. I knew soon or later they were gonna be able to beat ART at that time a reference in the champ.

Q: Is success harder to achieve in single-seaters or karting?

A: I will say both. It’s never easy to win and competition is really tough.

Q: You are now with Audi in DTM, what is more important at this stage of your career, a winning car or the pinnacle of motorsports, F1, at any price?

A: I worked really hard to arrive in DTM with Audi. I’m happy where I am right now and I will do my best to have a long career with them. Hopefully this would be possible. F1 is a lot about money and politics. When I was younger I didn’t think it was like this. 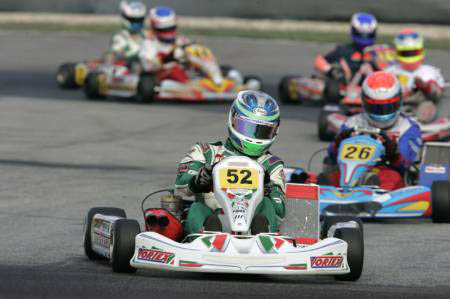 Q: You raced against Kubica, Vettel and Hamilton in karting; if you were in Signor Montezemolo’s shoes who would you pick as your driver?

A: They have all qualities and it’s really hard to chose. I have to say that when I was racing with them in karting the most impressive was Kubica.

Q: Your favorite drivers are Prost, Senna and Schumacher? What do you admire most about each of them?

A: They had long successful careers. They won a lot. They are for sure examples, models for young drivers like me.

Q: Please tell us about “Edo”, the young man not the race car driver; your taste in music, food and favorite vacation spot?

A: When Edo is not racing he’s studying at the university to finish his MBA in business and administration. I’m also training in Martial arts every day and my hobbies are flying (airplane I’ve got a ppl) and soccer. I’m also trying to help my father and brother working in the family business (Sonnig, a private jet company based in Geneva)

For more information on this talented and exciting driver please visit  www.edoardomortara.com

Greetings and racing regards from California.