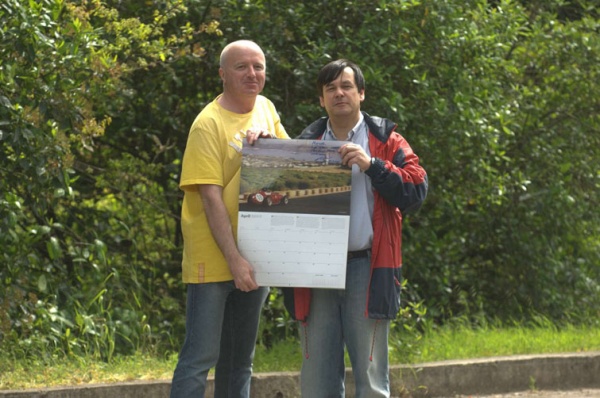 The PM said Iceman is coming to Lisbon. Now here’s a guy I’ve never met in my life but with whom I have spoken several times (10? 15? who’s counting!?) a year, over Skype, during the races for the last two, three years (again, who’s counting). Somehow I feel I know him and that we are friends, but at the same time we’ve never met. We agree on dinner with wives on Friday and I offer to take him on a round Lisbon trip on Saturday. Iceman, being the brave man that he is, used to hang around tigers and other gentle pets, accepts, even though I hint at a mysterious mission we need to perform, with no further details.

Most people, when asked to associate Portugal and F1, say Estoril. A few more informed ones, like our Nasir, know that the first Portuguese GP took place in Porto in 1958, followed next year by a 2nd edition in Lisbon, in a street circuit in the Monsanto park, using some park roads and part of a pre-second World War German-built motorway. 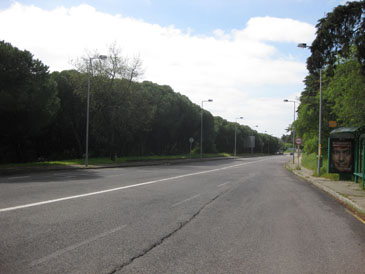 Stirling Moss won that race, and the 2008 Motorsport Memories Calendar “The Lost Tracks” features a photo of Fangio in Monsanto (my father, who attended the race, still goes on and on about how Fangio seemed to flow easily through the corners while others had to struggle with their cars). I have a copy of the calendar with that very photo signed by Nasir and it’s been a while since the idea of taking a photo of the calendar on the exact spot has been playing in my head.

Things being what they are, Iceman and I really hit it off over dinner, after the first awkward moments in the Hotel  lobby,  Mrs. Iceman and Mrs. Iceman’s daughter area great ladies with a fine sense of humor and a large tolerance for boys discussing racing and Formula One! So, on Saturday we took off in the wee small hours of the morning (9 AM, but remember, it’s Saturday) for a tour on Lisbon and Sintra, with a detour through Monsanto. 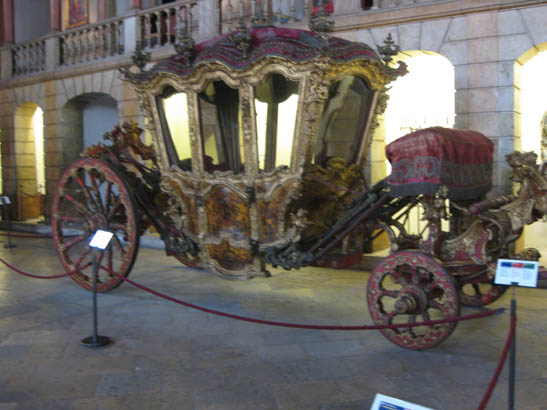 We stopped at Lisbon’s flee market, visited the Royal Carriages Museum (make sure you read the details in the forum) and finally made our way up to Monsanto.

Fifty years ago, Monsanto Park was a recent creation of the Estado Novo (New State) fascist dictatorship, with lots of open spaces where pine trees had been planted but were still small and rather unimpressive (you can see them on the background of the Fangio picture). Today, the pine trees are young adults (lifespan 250 years), there is a new generation already growing and loads of other plants have found a sanctuary to photosynthesize in peace. What this means is that the Tejo, which can be seen flowing in the calendar picture, is well hidden behind a thick green wall of vegetation, making the exact location of the picture hard to place. Knowing the area, I sort of know where it is, but in all honesty we may be 100m (330 feet) off the mark.

Once we agreed on the location Iceman took out his state-of-the-art photographic equipment, set it up for Mrs. Iceman and, as the saying goes, the rest is Forum History – the first Location Insertion of a MotorSport Memories Calendar. Hopefully others will follow.

After that we headed towards Sintra, almost froze in a sudden 10C drop in temperature accompanied by rain, drove by Estoril and the Parabolica and had an overall good time, included a baked beans dinner. Sunday we headed towards F1Weekly Situation Room for the Iberian Peninsula (also known as my parent’s house) where we watched a tape delayed Australian Grand Prix. And since all good things must come to an end, soon it was time to drop the Iceman family at the hotel and head back to my uneventful routine life.

Words and photos by Miguel Tecedeiro.