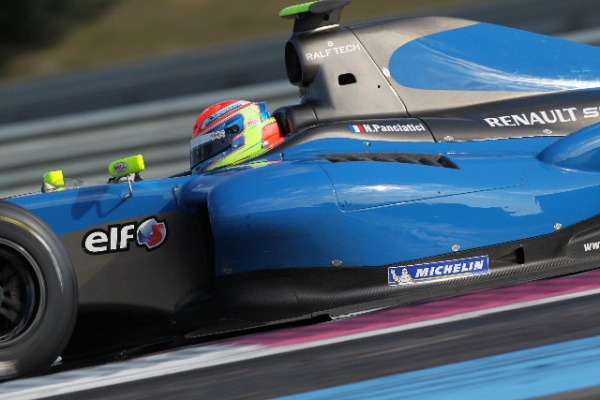 KMP and RALF TECH in World Series by RENAULT!

After taking a first step into motorsports in 2009 in partnership with the young French hope Nelson Panciatici, RALF TECH returns this year in the world of racing in the World Series by RENAULT with the KMP team.

The KMP team, based in the south of France, consists of 3 engineers, 6 mechanics, and an experienced technical and logistics staff directed by Bruno Besson. Despite its young age, the team plans this year to achieve podiums and victories for the first time utilising a very competitive car.

Without a doubt RALF TECH commitment to the world of car racing will not stop here and together with the KMP team will soon turn an eye on Formula 1. 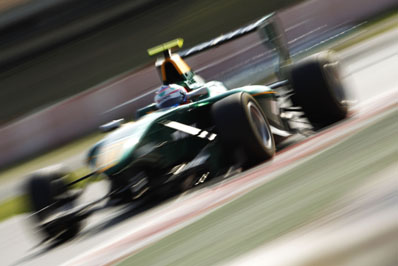 Lotus ART’s rookie Valtteri Bottas was the fastest man out on track today, after setting the best time of 1:38.004 on day two of official GP3 Series testing at Circuit de Catalunya.

In a change to yesterday’s bright and sunny conditions, the teams had to contend with much lower temperatures at the Spanish circuit today with a maximum of just 16 degrees in the morning session. When the pitlane opened all the teams were quick to hit the track and make the most of the cooler conditions. Status Grand Prix’s Alexander Sims was first to get to grips and post a quick time. The British driver was briefly knocked off the top spot by RSC Mücke Motorsport’s sophomore Nigel Melker until just twenty minutes into the session when Bottas set his first quickest laptime of the morning.

The Finn then put in a succession of quick laps, and at one point was six tenths quicker than second place driver and teammate Pedro Nunes. Their fellow Lotus ART driver James Calado was also in the mix, along with Nico Müller, Adrian Quaife-Hobbs and Lewis Williamson. But no-one could match Bottas’s time before the chequered flag dropped signalling the end of the session. Melker hung on to second spot, followed by rookie Andrea Caldarelli for Tech 1 Racing and Müller.

The afternoon session was a quiet one as the teams worked on race simulations and setups ahead of the season opener next month in Istanbul, Turkey. Williamson was first to top the time sheets for MW Arden, until forty-five in when Lotus ART’s Nunes moved ahead with a 1:39.917 lap. Tom Dillmann, Calado, and Felix Da Costa joined the two young drivers to head the thirty strong field. As the final hour approached, the temperature had improved at the Spanish track and the sun was shining once more. Nunes’ time remained unbeaten until Sims knocked the Brazilian into second with thirty minutes left on the clock.

Once again drivers made a last minute dash to the track with new Pirelli rubber, and Bottas continued to dominate in his #2 Lotus ART car. The Finn posted a 1:39.335 lap with the rest of the field unable to match his pace. Williamson continued his good form in second ahead of Rio Haryanto in third for Marussia Manor Racing. Calado, Da Costa, Muller, Caldarelli, Sims, Nunes and Mitch Evans rounded out the top ten.