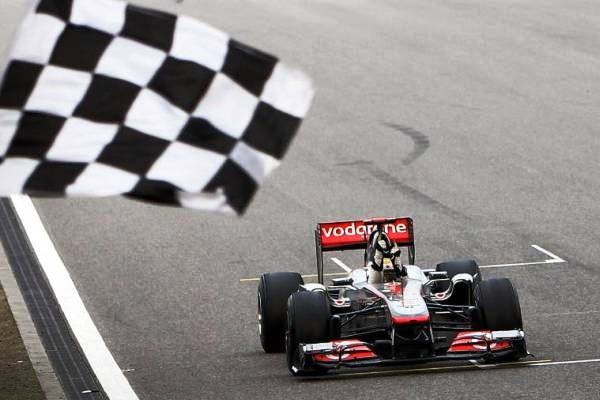 Formula 1 and other weekend delights

Sweet and Sour for Sebastian is Hamilton’s Chinese take away.

It had to happen. Sooner or later. Practice and qualifying was business as usual for Sebastian Bull and Red Bull team. The winner of both the opening two races of the season, Australia and Malaysia, was looking good for his third win in a row from his third successive pole position at the Shanghai International Circuit.

Jenson Button added additional spice to the show by out-qualifying teammate Lewis Hamilton to start from the front row. When the lights went out in Shanghai it was John’s boy who shot into the lead, Hamilton also passed Vettel on the opening lap. Then during his pit stop Jenson Button pulled into the Red Bull pit before realizing his mistake.

After making his second and final pit stop Vettel had only to worry about his tires lasting the remaining laps. The worry became a major concern when the object in the mirror, Hamilton’s McLaren, became larger and larger. Button also had the same problem as Mark Webber was on a mission trying to make up from his yet another poor qualifying position. The Australian started 18th after failing to pass Q1.

Hamilton, who made the last of his three pit stops on lap 38 of the 56 lap race, hounded Vettel for a few laps before passing the Red Bull to take the lead and charged to his first win of the season.

Webber was able to catch up and pass Button for a podium appearance. Button was fourth and Nico Rosberg scored the first points of the season for Mercedes. The 25-year old son of 1982 champion also led the race twice when the front runners stopped for fresh rubber.

Vitaly Petrov, after his high flying Sepang stunt, landed in ninth place and the final point was scored by Sauber’s Kamui Kobayashi.

Jaime Alguersuari was the only retirement from the 24 starters, victim of wheel coming off after a pit stop.

In the championship, Vettel leads with 68 points. Hamilton is now second with 47 points. Button on 38 points is third, one point ahead of Webber. Alonso completes the top five on 26 points.

The F1 circus now heads for a Turkish delight to start the European leg, even though the magnificent Istanbul track is located on the Asian side of this great historic city.

It has happened. American Alexander Rossi won the opening round of the series at Aragon in Spain. The northern California native now leads the championship after taking second place in race two of the weekend. Victory went to Kevin Korjus of Estonia.

Mega talent in the making at Monza. The season opener at the Autodromo saw Brazilian driver Felipe Nasr score two wins and a second from three races of the weekend. He is managed by Steve Robertson and his father. The same duo discovered Kimi Raikkonen.

Mike Conway was the winner in the streets of Long Beach for Andretti Autosports. The ex-British F3 champion previously raced in GP2.

The Lights version was won by Conor Daly; he is also competing in GP3 this season.