Vettel takes another pole position for the Grand Prix of Turkey.

Mark Webber will start along side his team mate in second.

Sebastian Vettel: “I am very happy with the result. We did not have a trouble-free morning, so we had a bit to catch up. I like the track so that helps and it was nice to see that without that many laps I was able to come back and find the rhythm.

It was funny because Mark and myself decided to skip the second run. It is strange the feeling. The others are on track and you know they can beat you.

You can just watch and there is nothing you can do. It is good to save a set of tyres but it is an odd feeling. I’m very happy.”

We saw in the last race and in the other races, we see this year the races have changed and important to handle the tyre situation, for both of us after the first run we had the feeling that we might be safe but you never know, you do that again until the day arrived, and other people prove you wrong.

“In the end you never know, if it works you are a hero if it doesn’t you are not.” 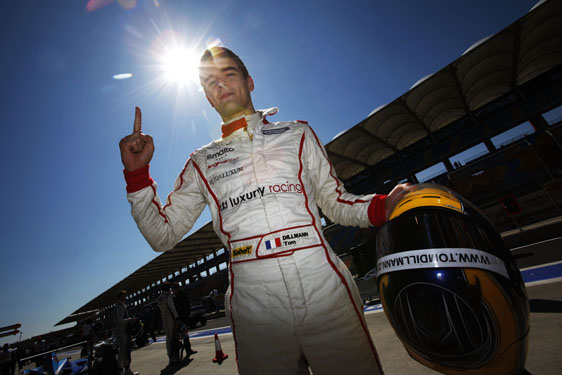 The first qualifying session of the season got underway in Istanbul in bright and sunny conditions, and after yesterday’s second practice session it was impossible to tell who would come out on top. All thirty cars hit the track as soon as the lights turned green, with Valtteri Bottas, Antonio Felix Da Costa and Alexander Sims swapping best times.

After setting the second quickest time in the first half of the session, yesterday’s quickest man Nigel Melker was one of the first to stop for new tyres with just ten minutes left on the session. The Dutchman went top with a 1:45.541 laptime, with Bottas hot on his tail – the Finn was visibly pushing hard all session.

With most of the drivers now on new rubber, the session came alive. Status Grand Prix’s Alexander Sims moved up in to second with Dillmann in third, ahead of Bottas. With just minutes left on the clock RSC Mücke Motorsport’s Michael Christensen, Addax Team’s Dean Smith and MW Arden’s Williamson were both on hot laps. Christensen moved up into second, with Smith third, but it Williamson who put himself top, and the Brit’s teammate Mitch Evans followed suit, moving into third.

With the end of the session in sight Bottas was setting purple sectors and looked set to go top, but the Finn just couldn’t find enough time in the final sector. Sims briefly went to the top of the timesheet, but it was Frenchman Dillmann who put together the perfect 1:45.391 lap and will start this afternoon’s race from the front row. Lining up behind the Carlin driver is Sims, Williamson, Caldarelli, Melker and Bottas. 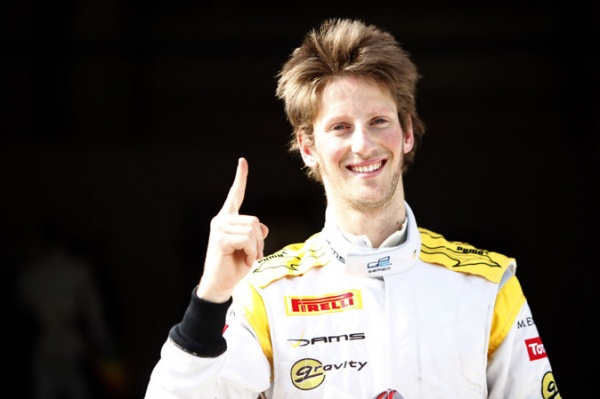 Romain Grosjean has picked up where he left off in the GP2 Asia Series by claiming the first pole position for this year’s main Series, ahead of Sam Bird and Luca Filippi, this afternoon at the Istanbul Park circuit.

The Frenchman’s best lap of 1:34.398 was the target for the final 20 minutes of the session, and although Filippi went close and then Bird closer still to be within a tenth of pole, three red flag periods broke the session up sufficiently for Grosjean to hold on for the first points of the season.

Qualifying opened under dry but still cold conditions, with Fabio Leimer, Dani Clos, Grosjean and Jules Bianchi swapping best times, and Bird close but held up by traffic. Grosjean put himself on the top of the timesheets just prior to Davide Valsecchi stopping on the circuit and then rolling backwards, forcing a red flag stop for the field.

Bird and Filippi were among the first drivers back on track, and made good use of the space: the Italian ran just three tenths short of Grosjean’s target with Bird splitting the pair just seconds later, but when Mikhail Aleshin hit the wall hard at the end of the back straight there was no option but to bring out the red flags once again.

When the track cleared the session got under way once more, but the cool temperatures meant there was little more to be gained and, when Michael Herck replayed Aleshin’s incident in the final minute, the red re-emerged and the session was closed. Lining up on tomorrow’s grid behind the top three are Bianchi, Clos, Luiz Razia, Charles Pic and Valsecchi: with rain now expected to hold off tomorrow, the opening round of the 2011 calendar promises fireworks.