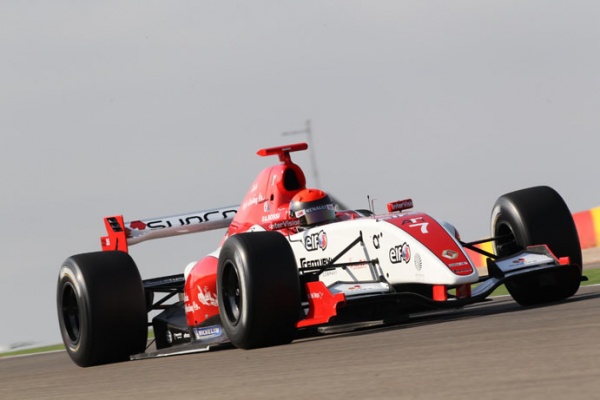 Wednesday 11th May – Fortec Motorsport driver Alexander Rossi heads to Monza this weekend, ready for strong race weekend results and aiming to reclaim the top of the Championship standings.

Rossi had a near-perfect start to the season in Motorland Aragon , Spain with a win and a second place finishes. In round two of the Championship at Spa-Francorchamps, Rossi grabbed a further twelve Championship points, placing him third in the Championship ahead of round three of the series in Monza, Italy this weekend.

Alexander Rossi comments, “Heading into round three at Monza this weekend we’re confident that we have the pace to challenge for race wins. While it was disappointing to grab only 12 points in Spa, the Championship remains very close. We’re in a good position to get some strong results in Monza and move back up the Championship standings. Our test in Monza last month was very good and I’m comfortable with both the qualifying and race set ups we have. Everyone in the Fortec Motorsport team has been working hard this past week preparing for the weekend and we’re looking forward to getting back to racing this weekend.”

Jamie Dye, Team Manager, Fortec Motorsport, concludes, “Since the last races at Spa we have been working solidly on our race preparation for Monza . We had a productive session in the simulator and the team is feeling confident ahead of this weekend. While Carlin were in a class of their own in Spa we are sure that we can close the gap to them in Italy . We had the edge on them in last month’s testing at the circuit which stands us in good stead for the race weekend.”

World Series by Renault round three (races one and two) takes place on May 13th – 15th in Monza, Italy