The talent laden 2011 GP3 grid has seen four different winners in the first four races of the season. Barcelona, host of the very first GP3 race last year, was the scene for round two past weekend.

In race one on Saturday, 16-year old Kiwi rookie Mitch Evans, a protégé of Mark Webber, led the race from start to finish giving Webber and Christian Horner-owned MW Arden team their first win in the series.

Evans explained after the race, “The car felt really good throughout the whole race, and I was trying to save the tires in case he (Calado) made an attack, but we had a fair bit of pace up our sleeve. Yeah we’re really happy.”

English driver James Calado was second for Nicolas Todt-owned Lotus-ART team. Third man on the podium was Finnish rookie, Aaro Vainio, who is managed by Todt. Italian Andrea Caldarelli was fourth behind his Tech 1 Racing’s teammate.

Conor Daly, only American in the race and son of ex-Grand Prix driver Derek, finished 14th for Carlin Motorsport. 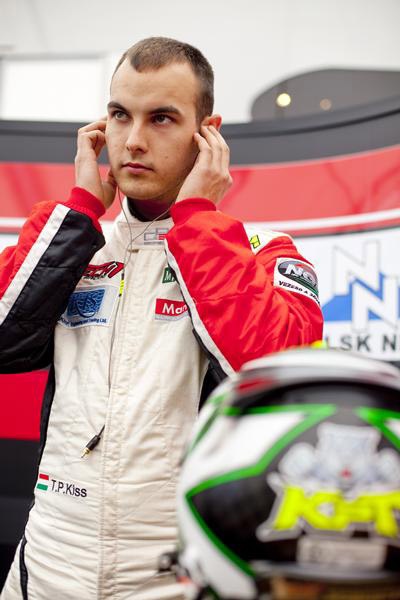 Sunday’s race two featured reverse grid of top eight from race one,  like big brother GP2 series, and 20-year old Hungarian Tamas Pal Kiss sealed victory from pole leading from start to finish. Victory was first not only for the rookie driver but also for French Tech 1 Racing team, and it was their third podium of the season.

Behind the Hungarian driver there was much goulash and carnage at the start. Muller was left stranded on the track and was collected by Marlon Stockinger, the Filipino driver then crashed into Alexander Sims. All were done for the weekend on the opening lap. Happily, no injuries.

Dutchman Nigel Melker, winner of the opening race in Istanbul, was second for RSC Mucke Motorsport; the R is for Ralf, known for his older brother who races in Formula 1. Englishman Dean Smith was third for Addax.

Caldarelli was fourth and recorded the fastest lap of the race. Saturday’s winner Evans completed the top five.

Melker leads the championship with 22 points, only two points behind in second place is Caldarelli. Evans is third on 17 points. Next, with eight points each, are Alexander Sims, James Calado and Tom Dillmann.