Vettel is rattled by Button. “Everything” goes wrong for Alonso.

Rain, the great equalizer, turned Sunday’s Canadian Grand Prix into a long drawn last lap thriller in Montreal. Sebastian Vettel, looking for his first win at Circuit Gilles Villeneuve, led the race from pole position only to make a small mistake on the final lap which allowed McLaren’s Jenson Button to score an amazing win when earlier in the race it seemed all was lost.

The race started behind the safety car due to rain. Vettel held off a hard charging Alonso to lead into the first corner. Vettel’s teammate Mark Webber was not so lucky going into the same corner. Lewis Hamilton gave him a love tap, spinning the Australian and dropping him to 14th.

Hamilton himself was later passed by teammate Button while he was chasing Michael Schumacher; the King of Kerpen had his day of days since his return.

After two laps of racing under the green Lewis tried to pass Button and the two McLarens touched, sending Hamilton into the wall which resulted in suspension damage and retirement from the race. Button blamed Montreal Mist claiming he did not see his teammate.

Hamilton, the mega-talent he is, has come under fire from two legends of Formula 1. Emerson Fittipaldi, the 1972 & ’74 World Champion, called him ‘too aggressive’ and triple world champion from Austria, Niki Lauda, has called for FIA to take action against the 2008 Champion before he ‘kills somebody.’

Hamilton threw away a championship in his rookie season by his aggressive style on the opening lap of the season finale in 2007.

The heavy downpour brought out the red flag on lap 25. After a two hour delay cars were screaming again at Circuit Gilles Villeneuve.

Shortly after the re-start Button and Alonso were involved in a turf tussle. Trying to pass Alonso the two touched and the Ferrari driver spun and was stranded on kerbs. Button suffered a tire puncture and had to pit. This put him at the back of the field.

With 60 of the 70 laps run, Vettel, the Baby Schumi, led the Full Schumi; the seven-time world champion put on a display of old glory and fury and looked set for a podium finish despite the charges of the second Red Bull of Mark Webber.

Button, by this time had carved his way into the top five, and was closing in on a fight for podium finish. On lap 65 Webber made a second futile attempt to pass the ‘old master’ thus allowing Button to weave through and mount a challenge to the two Germans ahead of him.

2005-style finish when McLaren’s Kimi Raikkonen started from the back of the field and passed race leader Giancarlo Fisichella’s Renault on the last lap.

Three laps to go Webber denied a podium finish for Schumacher by passing the seven-time Canadian Grand Prix winner. Button closed on Vettel and a thrilling dash to the chequered was expected on the final. Before the final lap was over, Vettel made a rare mistake with only few corners remaining and his hopes for victory number six from seven starts were undone as Button sailed by in his silver McLaren.

What they had to say….

Race winner Jenson Button. “That was the best victory of my career, and today is, therefore, a very special day for me. I fought my way from last to first to win the race, and I overtook the cars in front of me on the track……….. I can’t stop smiling now!”

Second place Sebastian Vettel. “When you have it in your hands and you give it away – then it’s not the sweetest feeling.”

Fernando Alonso. “Everything went wrong, right from this morning when we saw it was raining…..The championship is not finished yet, but we must now hope for errors from others to have some hope.”

Greetings and racing regards from…. 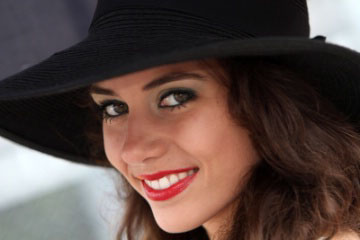