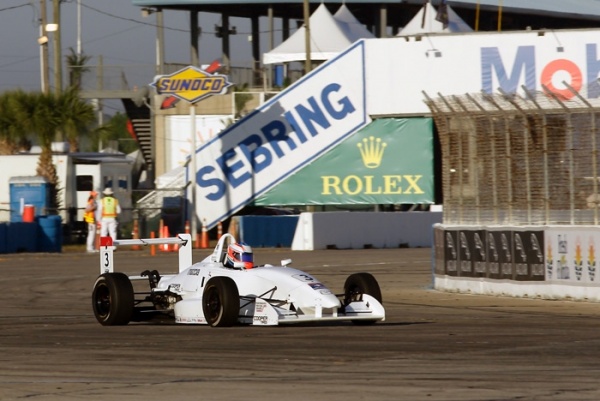 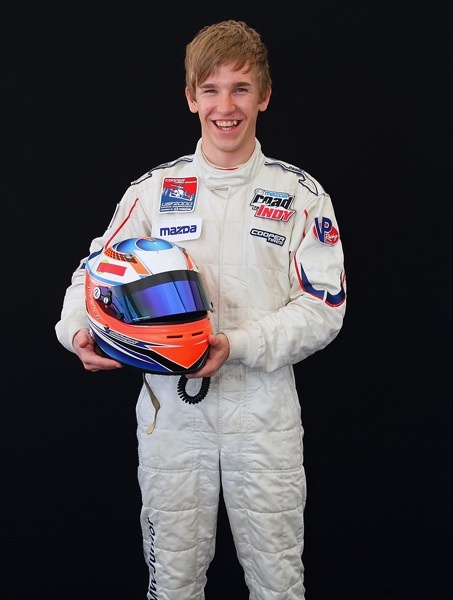 The Road to Indy and Happiness. The Florida sun is shining on Suvanto and his racing career. The young Finn is doing fine and leading the USF2000 Championship.

Departing from Vantaa airport last January was one such talent, seeking fame and fortune in America. Petri Suvanto.

The trans-Atlantic journey replaced the Nordic winter with Florida sunshine and offered a new world of racing opportunities. Soon Suvanto delightfully discovered his first taste of ‘only in America,’ “The Red Neck Burger.”

The wonders of America have continued for the 18-year old driver from Seinajoki. From knowledgeable racing fans to the immense size of the United States.

Suvanto’s pursuit of racing success on this side of the pond saw him dive into the fast growing and competitive USF2000; a Florida-based series promoted by Andersen brothers; Dan and John.

F1 Weekly would like to thank Petri for his co-operation in completing our digital dialogue and wish him continued success as he climbs Mazda’s Road to Indy ladder and hope someday to say “Got Milk” on 16th and Georgetown.

Smooth landing at Sebring. Suvanto races towards podium finish in the Florida season opener driving for Cape Motorsport with Wayne Taylor Racing.
Q: Petri: Congratulations on double wins in Ohio, and earlier podiums in first two races at Sebring, so happy to be in America?

A: The decision to come to race in US was BIG one because most of time there’s no coming back to Europe after having moved across the pond. A dream of becoming a Formula 1 World Champion was hard to abandon, because that’s what I’ve been dreaming of before I even learned how to ride a bicycle! I came to US with an open mind though and already after the first race weekend at Sebring I pretty much knew that this is what I want to commit to – becoming an Indy Car champion. I was impressed by the atmosphere of racing here and loved it from the first go. After having experienced the 2011 Indy 500, the feeling got even stronger. I’m enjoying racing more than ever and I’m doing well so I see no reason to complain.

Q: What made you decide to race in the US after your maiden year of motor racing in Europe?

A: I found an opportunity and I went for it – pretty simple. I saw a big potential in Indy Car racing and found out about the generous ladder system called “Mazda Road to Indy”, which offers a clear path for young talented drivers to make it to the top. Those were probably the two main reasons behind my decision. I’ve never been afraid to do things differently. Like when I was racing in karting, at the time I was one of the few Finnish drivers to be racing on international competitions only. I left Finnish karting when I was only 13, which was really unusual back then.

The biggest challenge has been to learn how motorsport works here. When I came here I didn’t know anyone and I didn’t have any knowledge how things work here. The Cape brothers Dominic and Nicholas have been so great and they have taught me a lot during the year. I wouldn’t be the driver nor the person I am today without the support of them and the rest of the team – a truly exceptional racing team!

Q: You have been hanging out in Florida, is the place too much sun for you?

I’ve been spending a lot of time in St. Petersburg, Florida, since that’s where my team Cape Motorsports with Wayne Taylor Racing is based. I like it in Florida. 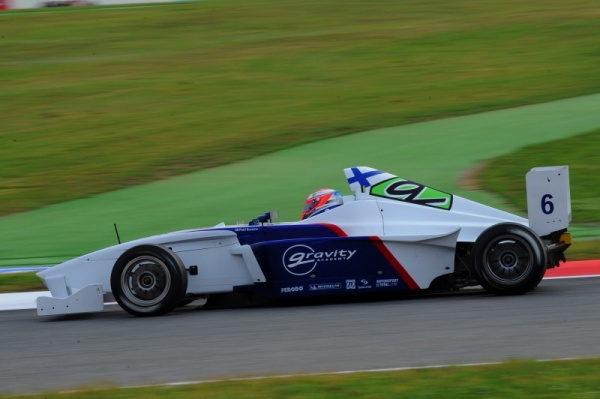 First and Final. Suvanto’s racing debut came in the final year of Formula BMW Europe in 2010. The Indy Car racing is the Finn’s new focus.

Q: Last year you raced in Formula BMW Europe, please compare that to the USF2000 machine you are now racing?

There are no massive differences. USF2000 car has more powerful engine, it’s a tube chassis and instead of last year’s sequential gear box we have H-pattern box. In a nutshell, USF2000 is a bit more old school than Formula BMW, but that isn’t necessarily a bad thing. One thing that I’ve liked a lot is the adjustable front anti-roll bars we have, which means that we actually have a possibility to play with the balance of the car while driving.

Q: The depth and level of competition between drivers of the two series?

It’s really hard to compare the level of competition. The biggest difference is the depth of the field at the moment. This is only the second season of USF2000 series and they’re doing an amazing job to offer the best possible platform for drivers, teams and fans. I can see USF2000 having a very bright future ahead!

Q: Please tell us little bit about your pre-season testing?

We started considering the US move relatively early, already in September but it was only in the end of January when I was actually able to commit to it. That means that we didn’t really have the ideal preparation for the season and I wasn’t fully ready when I came to the first meeting at Sebring. I’ve been improving a lot throughout the season and that has probably been the cause behind the good momentum we’re having at the moment

Q: What is your impression of the American racing scene and fans after your first racing weekend?

I absolutely love it. I’ve met so many super passionate racing fans already who know so much about racing – always makes my day to meet them. The paddocks are accessible to the fans making a whole lot different atmosphere.

Q: Goal has to be the championship, who do you see as your major challengers?

Absolutely, winning the championship is the goal. At the moment it seems like it’s the two American Andretti Autosport guys; Spencer Pigot and Zach Veach and Belardi team’s Wayne Boyd from Northern Ireland  – I have a great respect for all three of them, they’re great lads. I’m pretty sure the other guys will be up there too fighting for the wins, but considering the current point standings I see those three as the main challengers.

A salad, please! (You can get me a cheese burger later when there’s nobody here to witness that)

Q: When is Señor Suvanto flying out to the left coast of America to hang out with F1 Weekly familia?

Hopefully in the near future! I haven’t checked out the west coast yet so I’m looking forward to it.

For more information on the life and fast times of Suvanto please visit his website at www.petrisuvanto.info

Additional information on the series available at www.usf2000.com