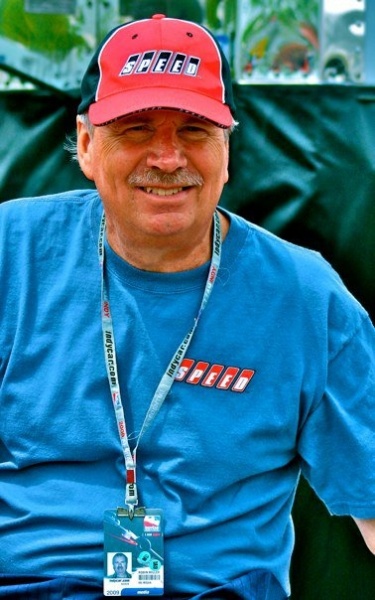 Robin Miller. F1 Weekly podcast # 557 proudly features our conversation with Mister Miller. The voice of Indy Car racing has rattled quite a few cages over the years – breaking stories from AJ Allmendinger bailing out from single-seater racing to NASCAR nation to Tony George getting the boot from his sisters.

Miller is from the Hoosier state and raced himself before landing a job at Indianapolis Star where he worked for over three decades. He is the authority on American single-seater racing, and is not afraid to express his opinion or share the result of his ‘investigative’ journalism.

In this conversation Miller shares stories from a life dedicated to Indy Car racing. From Tom Sneva ‘stealing’ a school bus in Mexico City to taking a Frenchman and Swede to Mug N Bun in Indianapolis. 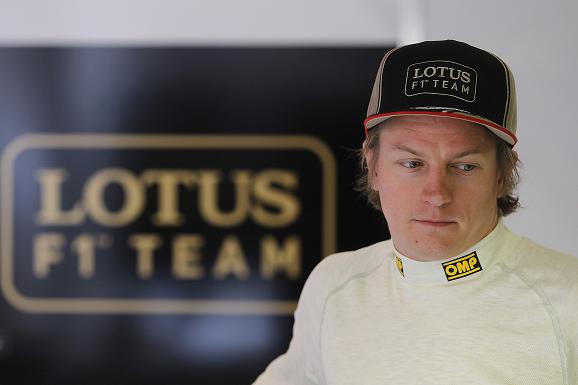 “It was good to get in the E20 after missing testing last week. We had an issue with the power steering in the morning then we didn’t run in the wet, so it was quite a short time for me in the car today. At least we got some runs. The car was reliable when on track meaning we gained some good data for the team. Hopefully the weather will be better tomorrow and we can complete more laps.”

“Aside from the time we lost early on it was clear that we were running a different programme from the other teams today. We were hampered by power steering issues in the morning, which took some time to rectify. Once on track, we steadily improved the car balance through the day. We opted not to run in the rain which meant we completed fewer laps today than would otherwise have been the case.” 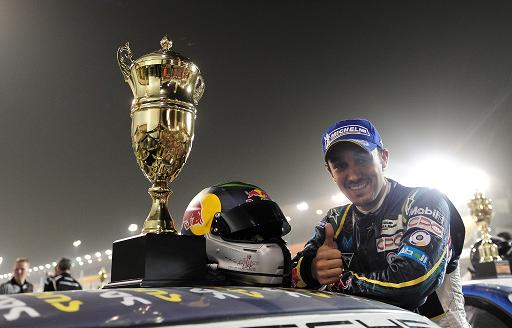 Doha.  The title race in the Porsche GT3 Cup Challenge Middle East has one more leg to run later this month, but Abdulaziz Al Faisal looks every inch a champion after proving again in Qatar that he is the man for the big occasion.

He made history as the first ever Porsche GT3 Cup race winner when the series was launched in Bahrain in December 2009, and his latest success, under the brilliant lights of Losail International Circuit, was equally significant.

It marked another milestone for the Porsche one-make series which has now united all five of the region’s top race circuits, having already become a familiar attraction in Abu Dhabi, Dubai, Bahrain and Reem, Saudi Arabia.

The addition of Losail to the championship circuit has given it another dimension, creating a spectacular night time stage for the Porsche GT3 Cup Cars, a  record 18 of which went into dramatic action in Friday’s night’s Round 9 of the 2011-12 season.

It was the series’ first ever night race, and if any further proof was needed that the Porsche GT3 Cup is the pace setter in Middle East motor racing it was spotlighted at the impressive Losail circuit in the desert outside Doha.

“It is very exciting and professional, and I hope we will have a long partnership with the Porsche GT3 Cup,” said Al Attiyah.

From the start of Round 9 there was drama, as triple race winner Clemens Schmid made a disastrous start from pole position, dropping to fifth place by the time he reached the first corner.

There were no such problems for Abdulaziz who powered his way ahead and produced an immaculate drive en route to his fourth victory of the season, his 19th GT3 Cup win overall, and a 24-point championship lead over Bandar Alesayi who could manage only fifth place.

Schmid had an eventful race, eventually winning a personal battle with Abdulaziz’s Saudi team-mate, Saeed Al Mouri, to claim second position. He was followed by the UAE’s jubilant Karim Al Azhari, marking only his third appearance in the series with Dubai’s Al Nabooda Racing by getting past Al Mouri on the final corner to record his first podium finish.

Fittingly, there were celebrations also for the host country, as Saadon Al Kuwari came out on top in the intermediate class Michelin Silver Trophy while fellow-Qatari Abdul Rahman Al Thani headed the bronze category Mobil 1 Trophy standings on his GT3 Cup debut.

Veteran Al Kuwari danced with delight on the podium and sang his country’s national anthem with pride. He now has one hand on the silver title ahead of Round 10 tonight (Saturday) at Losail, and the remaining two rounds on March 30-31 at Bahrain International Circuit. Meanwhile, at the age of 20 and in only his first race season, Al Thani already has the look of a future champion.