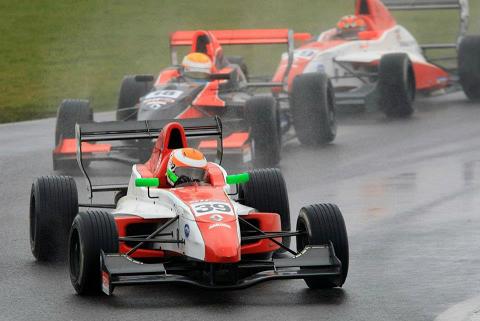 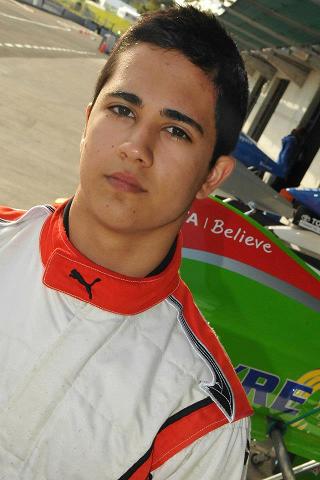 Shahaan Engineer is a 16-year-old racer from Mumbai. He is currently testing with Fortec Motorsports in preparation for the Michelin Formula Renault UK Series.

F1weekly would like to wish him continued success in his racing career, and thank him for answering our questions while on active racing service in New Zealand last month.

Q. How is the Toyota Racing Series in New Zealand going for you?

A. It’s going very well and I am getting some amazing experience against some of the top drivers in the world from many categories, all the way up to GP2. I think this is the only series in which such a broad range of experienced drivers can compete together.

Q: A1GP raced at Taupo, looks like a beautiful location?

A. It’s the nicest location of a racing circuit I’ve been to so far, especially because of the stunning lake nearby and the wide variety of activities one can take part in like parasailing and water skiing.

Q: You also took part in the recent Formula Renault ‘Finals Series’ in UK; please compare the two cars and depth of competition in each series?

A. They are very similar actually and I would say the Toyota Racing Series car has more power than a Formula Renault. I have also been told that the top speed is more than an F3 car.

The Formula Renault UK ‘Finals Series’ had nearly a full grid of 29, with top drivers who have previous racing experience in the Formula Renault, BMW and Ford categories. I found it to be an extremely competitive series.

In the Toyota Racing Series, even though the grid is slightly smaller, most of it is made up of some of the best F3 and GP3 drivers. Only a few drivers are from junior classes so it’s quite a tough series.

A. I will take part in the Formula Renault UK championship with Fortec Motorsports

Q: Your hometown is Mumbai; how popular is motorsports in India and what facilities are in your town for karting?

A. Motorsport is quite new in India and is expanding fast, with a huge boost thanks to the newly built Buddh international circuit in Greater Noida which hosted the first ever Indian Grand Prix last October. In Dubai, where I have lived for the past 12 years, the Autodrome has a beautiful karting circuit where I practice regularly. We also have the Al Ain International raceway, which hosted the Rotax Max Karting World Finals last year and also in 2007.

Q: How did you develop interest in motor racing?

A. At the age of 11, I went rental karting for fun with a few friends and in between our 15 minute sessions there were ‘owner’ sessions, in which people who had competition go-karts were practicing. When I saw that, I really wanted a go in one of them so I asked my dad if he could buy me one and soon I was going to the track every day to practice – even on New Year’s Eve, I was addicted!

Q: How long were you in karting?

I started competing internationally in 2008, although over the course of three years I only had about a year’s experience and I stopped in March last year to begin testing single seaters.

Q: Karting to single-seaters, what was the biggest adjustment you had to make in your driving style?

A. You have to be a lot smoother with a car and respect it much more; you can’t just throw it around and expect it to work. You can push it, but when you go over the limit that’s where karting is friendly and open wheelers aren’t. It also takes a few laps to warm up a racing car, especially at the beginning of the day when all the parts and the tires are cold, whereas a kart just takes half a lap to one lap depending on the circuit length.

Q: Are you in touch with Narain and Karun and take racing guidance from them?

A. I have met Karun once in the UK briefly, and I talk to Narain and have met him in the UK a few times.

Q: Who is managing your career?

Q: You are now based in Dubai, how involved are you in the local karting scene?

A. Not very, I just go to practice, especially on a Thursday before the UAE championship rounds because the track really grips up and I get some good exercise and endurance training.

Q: Have you considered the American racing landscape? There are some good series for young drivers like USF2000 and Star Mazda?

A. I have thought about it, but America is very far from home and it would be difficult to make any commitments.

Q: India now has a Grand Prix and its own i1 Super Series. What is the best way to promote motorsports among young people in your country?

A. I think for motorsport to grow in India, like anything, it will take time. It was great to see the Indian Grand Prix, which has no doubt substantially improved the popularity and awareness of motorsport in India, and with the i1 Super Series set to begin in 2013 I can see the motorsport scene in India rapidly expanding in the next few years.

Q: Shahaan Éngineer, the young man not the racing driver. Your taste in music, food and what other sports you enjoy watching?

A. I love all sorts of music, including jazz, because I used to play drums from about the age of eight for four years until I discovered racing. During that time I learned how to play different styles, including swing, and once I got in the groove of playing it I also loved listening to it.

I enjoy spicy foods, and that’s probably because of my Indian background! I love all types of foods though, especially Chinese and sushi. Due to my strict diet (part of my racing career) I have to eat very healthy, which usually means nothing too tasty!

For more information we invite you to visit www.shahaan.com