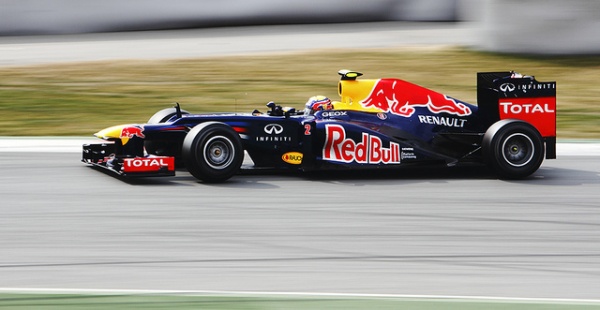 The 2012 FIA Formula One World Championship restarts this weekend with the Australian Grand Prix, held at the 5.303km Albert Park circuit in Melbourne.

‘Last year was about re-establishing Renault as an engine supplier rather than team owner,’ comments Jean-François Caubet, managing director of Renault Sport F1, ‘This season is about consolidation. We showed that the Renault RS27 engine is amongst the best on track, but this year we want to stress that the service, driveability and flexibility we afford our partners is the strongest in the business.

‘Ultimately we want to give our partners responsive, reliable engines developed to their full potential within the given regulations to allow them to achieve their respective aims, whether championship titles, race wins or points.

‘In tandem, we need to extract marketing and commercial opportunities within Formula 1 that can be exploited within the Renault Group to increase brand power and ultimately sales figures. We aren’t just here to compete, we are here to extract real performance and marketing value from our involvement in Formula 1.’

Christian Horner, team principal, Red Bull Racing
This will be our sixth season working with Renault Sport F1. We have been very successful together so far, achieving 27 wins, 65 podiums, 38 pole positions and four World Championships. Renault Sport F1 is very straightforward to deal with, which is important in our fast moving sport. Since 2007 our partnership has continually developed and last year it advanced to a premium technical co-operation. Our aim this year is to increase our results tally, while also continuing to build on the partnership for future years. V6 engines are due to be introduced in 2014 and, with our enhanced technical agreement in place, we will be working closely with Renault Sport F1 as they develop these units to optimise their inclusion in our chassis.

Eric Boullier, team principal, Lotus F1 Team
We have enjoyed a long partnership with Renault which we are pleased to continue for 2012. Our E20 is a step forward in terms of design, fit and finish and the reliability we saw in pre-season testing is a testament to Renault’s engine department and the invaluable contribution they make. As a team, we have strong ambitions to move forwards and this can be seen by our investment in our CFD, wind tunnel, simulator facilities, and our driver line-up. Renault complements this ambition perfectly with their championship winning technology and expertise. We could not want for more from an engine partner.

Sir Frank Williams, team principal, Williams F1 Team
We are delighted to be embarking on a new season in partnership with Renault. This is an important move for the team as we look to lay the foundations for a long and successful partnership with such a leading car manufacturer.
Our previous relationship with Renault holds many great memories for us as a team, and for me personally, however we are very much looking to the future and what we can achieve from here on in.
There is always a lot of work involved when changing engine partner, but our engineers have been working closely with Renault’s experienced technicians throughout the winter to ensure a seamless transition to the RS27 engine. We’ve had a productive period of testing, and we are now looking forward to getting the season underway in Australia.

Tony Fernandes, team principal, Caterham F1 Team
2012 is the second year of our partnership with Renault and the season when we are aiming to join the midfield fight and, if the opportunity arises, score our first point.
We have invested in many areas of the team to put us in the position we find ourselves in our third season, and bringing Renault Sport F1 on board was one of the most important steps we made, early in the development of the team.
Renault shares our vision, our passion and our determination to succeed. They know how to win and that mentality is key to the continuing growth of our team.