Müller began his karting career in 2004 and the following year, Müller finished sixth in the Bridgestone Cup Switzerland ICA Junior class. He improved to third place in the same competition in 2006 and also finished as runner-up in the Swiss Junior Championship. In 2007, he won the Bridgestone Cup Switzerland KF3 class, winning the title by a single point, and took fifth place in the Swiss KF3 championship.

Müller remained in the Swiss Formula Renault 2.0 series in 2009 and wrapped up the title in dominant fashion, finishing on the podium in all twelve races, taking nine victories and nine pole positions.

He also contested a full season of the Eurocup Formula Renault 2.0 championship with Jenzer Motorsport. He originally finished third in his début race in Barcelona, but was later promoted to second following the disqualification of race winner Albert Costa. During the season he took a further four points-scoring positions to finish eleventh in the championship, the third highest placed rookie driver.

In 2010, Müller graduated to the new GP3 Series, continuing his long relationship with Jenzer Motorsport. He took his first victory in the category at the third round of the season in Valencia, winning the sprint race after starting from the front row of the grid. Another podium followed at the next round at Silverstone before he took his second win of the year with victory from pole position in the feature race at the Hungaroring.

A haul of nine points in the final round at Monza ensured that Müller finished the season third overall behind Robert Wickens and eventual champion Esteban Gutiérrez. 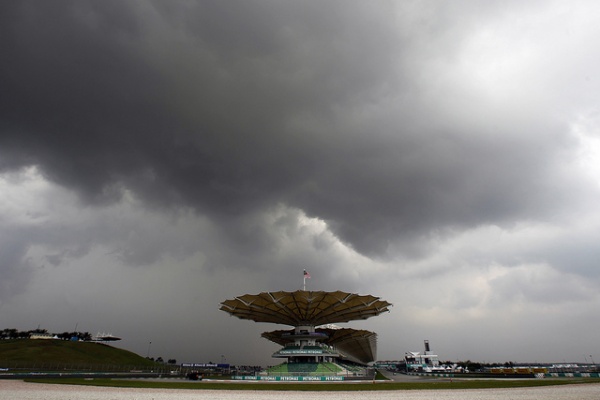 Lewis Hamilton: Yeah, it’s been a good weekend so far. I think it’s been a tough day to be honest with the changeable weather conditions and the temperatures climbing. Made some set up changes to the car, nonetheless we still managed to do some good times but obviously got these guys pushing very hard behind but the guys in the factory are doing a fantastic job.

I think everyone’s under the same amount of pressure. We all put a huge amount of pressure on ourselves and obviously a lot of partners and sponsors are relying on us as well, so it’s very intense and probably the most exciting part of the weekend but it’s something, at least speaking for myself, that I really enjoy.

Jenson Button: Yeah, I think it was a little bit more than that but qualifying has been pretty good to me the last two races so I can’t complain too much. I think it’s good for us as a team to be on the front row again. It’s always nice when your engineer keys-up and you can here all the mechanics in the background cheering because of a one-two. You obviously want it the other way around though but Lewis did a great lap at the start of Q3 and we edged closer but couldn’t quite get there. And you didn’t do too badly from second last week. There’s a long run down to Turn One, it could be quite an explosive start.

I think it’ll be an exciting start and not just for us two on the front row but the Mercedes is renowned, especially Michael, for getting good starts so it’s going to be a fun Turn One I think.

Michael Schumacher: No, I mean this was the maximum that was available. We managed to work the car very well over the whole weekend, we obviously showed potential in Australia, not so much in the race, so focus was obviously to try to find the best compromise and I guess we have achieved this. We’re third here, a very tight business if you look who is behind us, and how close everything is going, we can be more than happy about what we have achieved and look forward now for tomorrow. Is there a concern about the race given what happened in Australia last week?

I guess all of us have concerns because those temperatures are pretty new to us. We have had some preparation yesterday but I guess we have done a decent job. We have learned quite a lesson in Australia, we have reacted, the boys in the factory, and all the team have done a really superb job. I’m more than happy about the progress and how we understand the car and I look forward for tomorrow.

Lotus F1 believe pole was within their grasp.

Kimi Räikkönen set the fifth fastest time whilst Romain Grosjean was seventh quickest in qualifying for tomorrow’s Malaysian Grand Prix at Sepang International Circuit. Kimi will start from tenth position on the grid for the race after a penalty for a gearbox change on his car. This moves Romain up to sixth place.

Kimi Räikkönen: “The car was working well today. Unfortunately, I made a couple of mistakes on my fastest lap which probably cost a couple of tenths. Without that, we were in with a shout for pole today. I got a little bit sideways at the exit of turn nine and we lost some time, but that’s how it goes sometimes. We had some issues with KERS yesterday, but there was no repeat today; the car worked exactly as it should and it felt good. It’s a shame we have a penalty on the grid but the car works well. Today was definitely a positive day. Tomorrow we start from tenth and will try to improve from there.”

Romain Grosjean: “It’s great to have both cars in Q3, and I’m really pleased to have been part of the top ten in both of my first two races. The team has done a great job to get the most out of the car, and we can be really pleased that we’re fighting for the top positions. It’s going to be an interesting race tomorrow, and hopefully we can move up even further. You never know what will happen with the weather here, our pace is not too far off the leaders and it will be a long race, so anything is possible. In these conditions managing the tyres is crucial. Qualifying is one thing, but the race will be a whole other matter. I’m looking forward to the race, if we can finish in the top five that would be great, but the most important thing is to get my first points of the season.” Luiz Razia is a happy man: a perfect get away from the front row and a flawless drive meant he took a lights to flag win today in the Sepang Feature Race. It was also the first win for the Brazilian’s team Arden International, since Charles Pic in Barcelona Feature Race in 2010. Razia crossed the finish line an impressive 7.8s ahead of Davide Valsecchi. Max Chilton in third pocketed his and Carlin’s first GP2 podium.

It all happened at the start: poleman Valsecchi was slow to get away and dropped to fourth. It was Razia who took the lead entering into Turn 1 and he would never be seen again. Behind him, Fabio Leimer made a perfect start from P5 to pass Valsecchi, Chilton and Stefano Coletti, the Monegasque driver slotting into P3. The young Brazilian rapidly built a 2.3s gap to his closest rival. The battle for P2 commenced and Coletti made a move on Leimer only to make a small mistake which opened a gap for Valsecchi to pass him.

The DAMS ace had his eye on catching Leimer. Running on Option tyres, the Italian was one second faster than the Swiss and by Lap 6 he overtook him to take P2. Razia was by then 5.1s away. Although Valsecchi set the quickest laptime, the Arden man remained in control and maintained the gap. Further down, Leimer had a tough job defending his position to Coletti and Chilton whilst James Calado and Felipe Nasr weren’t lurking too far behind.

Coletti was the first one to pit, soon followed by Leimer and Nasr a lap later. Chilton and Calado also decided to observe their mandatory pistops after that. On Lap 12 Valsecchi pitted and handed P2 to Esteban Gutiérrez, who had  battled from P15 on the grid. Razia pitted from the lead on lap 14 and easily regained it a lap later ahead of Valsecchi who was by then 9.7s away.

Chilton made his way to P3 and spent the rest of the race trying to keep Leimer at bay, while Coletti, Nasr, Calado, Gutierrez, Giedo van der Garde and Fabrizio Crestani fought tooth and nail for the remaining points and tomorrow’s reversed pole position. Gutierrez got through on his teammate after the Brit went a bit too wide at Turn 15 for P7.

Rain started to fall at Turn 6 with four laps to go, but no one had to return to the pits for wet weather tyres and when the flag dropped Razia punched the air with joy, crossing the line 7.8s seconds ahead of Valsecchi, with Chilton, Leimer, Coletti, Nasr, Gutierrez and van der Garde following the front pair nose to tail for P3 to 9, and Crestani 1.7s seconds back for the final points position. Calado will start from pole position tomorrow with Gutiérrez next to him for a 100% Lotus GP front row.