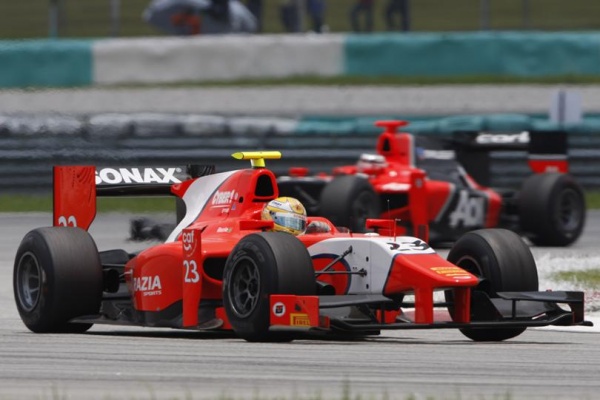 Game On In GP2

Luiz Razia took-off at the start of the feature race and won comfortably.

GP2, the official feeder series of Formula 1, has seen all its champions, with the notable exception of Giorgio Pantano, promoted to the top echelon of motor racing. The series’ first ever-champion in 2005 was Nico Rosberg and he was snapped-up by Williams, the same team that made his father the first Finnish World Champion in 1982.

The runner-up to Rosberg, and the man who won the very first GP2 race at Imola, Heikke Kovalainen, is also a regular member to this day of the F1 fraternity.

Pastor Maldonado from Venezuela is the only non-European champion so far, and the series has never seen an American winner despite Scott Speed’s third place finish in the inaugural championship season.

The abandonment of the Asian series has meant an extended main series schedule, hence the season opener at Sepang. With new F1-style tires starting this year, the general consensus is that the champion will not come from the rookie ranks. This theory was advanced further in pre-season testing when Italian GP2 veteran, and past GP2 Asia Champion, Davide Valsecchi, dominated the time sheets.

The trend continued in qualifying and Valsecchi took pole for the feature race on Saturday. His fellow four-year GP2 veteran Brazilian Luiz Razia shared the front row with him.

When the lights went out it was Razia who got the jump on the DAMS’ Italian pole-sitter. The Brazilian, who last won a GP2 race at Monza in 2009, quickly built a decent gap and was never threatened for the lead. His victory was the first for Christian Horner-owned Arden team since Charles Pic won the 2010 season opener in Barcelona.

Valsecchi fell back to fourth but fought back for second place on the podium at the end. Third was English driver Max Chilton for Carlin Motorsports.

Felipe Nasr, the 2011 British F3 Champion, was the top rookie in sixth for DAMS.

Lotus lads, second-year driver and one of the title favorites from Mexico, Esteban Gutierrez, and rookie English driver James Calado were seventh and eighth respectively.

The top-eight reverse grid from the feature race saw an-all Lotus front row, and that was also the finishing order. At the start Gutierrez got alongside and a little ahead of pole-sitter Calado, but going into the first corner Calado kept his cool and was able to maintain his lead. Gutierrez kept him in close company.

Nasr got too close for comfort for Gutierrez at times but the Mexican Sauber reserve driver was able to keep him at bay and the Brazilian rookie had to settle for third, still an impressive showing on his first weekend of GP2 competition.

It was not a good weekend for the Italian warrior Valsecchi. On lap 14 of 22, he was taken out in spectacular fashion after a collision with Marcus Ericsson, for which the Swedish iSport driver has been handed a 10-place grid penalty for the next round in Bahrain. 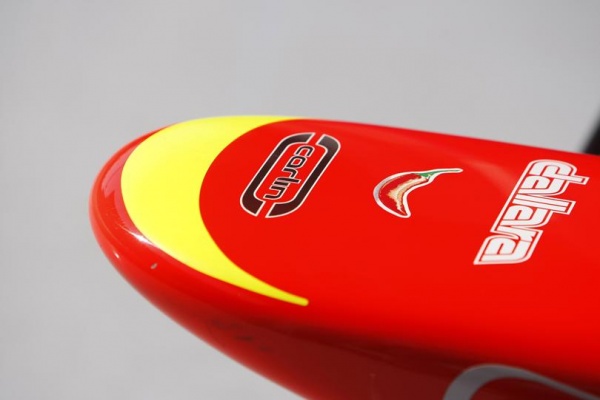 Since the start of GP2 series in 2005, Dallara has built all the cars.

The top five is completed by Gutierrez and Nasr, who are both on 18 points.

All photos courtesy of GP2 Media