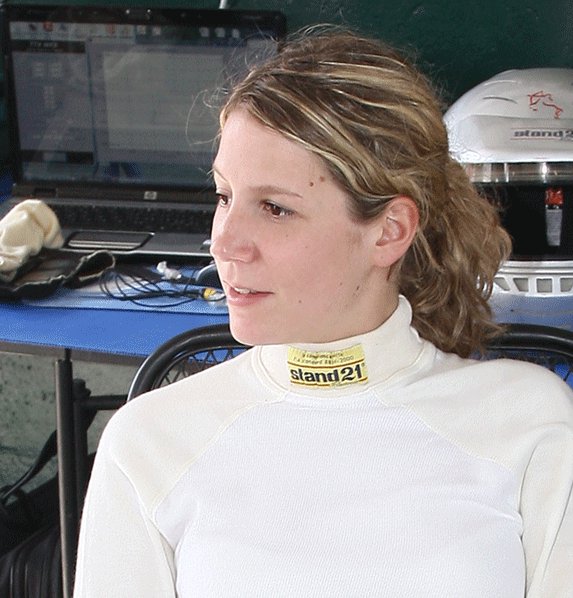 Michela Cerruti: is an Italian racing driver, currently competing in the Superstars Series.

She debuted in the Italian Touring Endurance Championship (CITE) in 2008, racing an Alfa Romeo 147, sharing the drive with Mario Ferraris, finishing third in the class standings. She remained in CITE in 2009, racing a Abarth 500.

For 2010 she stepped up to the Superstars Series, racing a Mercedes C63 AMG for the Romeo Ferraris team. She also competed in the Italian GT Championship for the team in a Ferrari F430.

Remaining in the Superstars Series for a second season in 2011, Cerruti impressed at the opening weekend of the season at Monza, topping the two free practice sessions. She then went on to finish the first race in second position, before winning the second race and taking the championship lead.